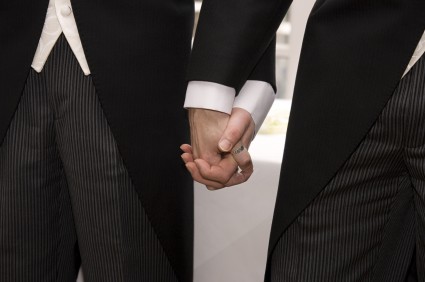 Chicago, IL - Extending marriage rights to same-sex couples in Illinois would generate up to $103 million in spending to the state and local economy, according to a study released Wednesday by the Williams Institute.

According to the 2010 U.S. Census, 23,049 same-sex couples live in Illinois. Of those couples, the Institute estimates that 50% (11,525 couples) would choose to marry in the first three years, a pattern that has been observed in Massachusetts and elsewhere. Of the couples that will marry, 64% of those marriages will occur during the first year, 21% in the second year and 15% in the third year.

In the first three years of extending marriage to same-sex couples, the study estimated that:

The state's wedding business would see an increase by $74 million, and an increase of $29 million in tourism expenditures made by out-of-town guests over the same period.

Total state and local tax revenue would rise by $8.5 million, including an estimated $1-2 million in local sales taxes. The first year would produce $5.4 million of this spending.

The boost in wedding spending will generate approximately 281 jobs in the state.

The report also takes into account the couples who have already celebrated their marriage elsewhere and the estimated 5,472 Illinois resident couples who have already entered into civil unions. Should these couples forgo spending on a wedding ceremony or celebration, the estimates of the business impact would be somewhat lower, increasing spending by $54 million and generating 147 jobs.

"Aside from the moral imperative for equal marriage, this study demonstrates that it is also an economic booster for our state," said Rick Garcia, Director of the Equal Marriage Illinois Project and Senior Policy Advisor for The Civil Rights Agenda. "States that have equal marriage have had a positive financial impact. With the current economic issues that Illinois is facing equal marriage could be a financial blessing."

Revenue from out-of-state same-sex couples that might travel to Illinois to marry was not included in the report.

"Other states allowing same-sex couples to marry, such as Iowa, have experienced a big influx of couples from other states without marriage equality," noted M.V. Lee Badgett, Williams Institute Research Director and Professor of Economics at the University of Massachusetts, Amherst.. "Those couples would generate additional spending on wedding and tourism-related goods and services."

Kastanis and Badgett conducted the study for the Williams Institute, a A national think tank at UCLA Law.