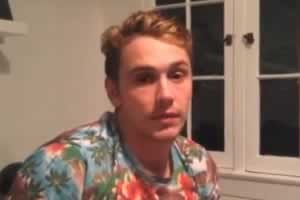 The Australian Classification Board decided that Director Travis Matthews' I Want Your Love was too risky to screen at LGBT film festivals in Australia.

Franco, who collaborated with Matthews on the film Interior. Leather Bar, released a video on Monday lamenting the decision.

Sex in films, Franco says in the nearly 2-minute clip, "hasn't had a chance to grow and become a sophisticated storytelling device."

"Frankly, adults should be able to choose ... I don't know why in this day and age, something like this ... is being banned. It's just embarrassing."

In I Want Your Love, a 20-something artist contemplates his place in San Francisco as a gay artist before returning to his hometown in Ohio. During his last weekend in town, he negotiates for sex with his best friend.

"I Want Your Love dares to capture the uncensored zeitgeist of modern-day San Francisco unlike any film before it," the film's description reads.