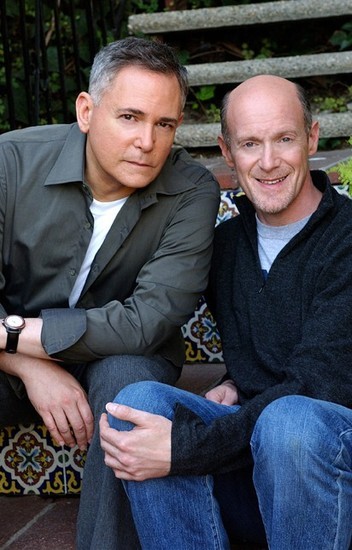 Appropriately, the theme of tonight's program will be music in movies with a celebration of movie musicals of the past decade with a reunion of cast members from "Chicago," "Dreamgirls" and this years multi-nominated hit "Les Miserables."

The evening will feature an assortment of musical performers including Barbra Streisand, Adele, Shirley Bassey, Norah Jones, Catherine Zeta-Jones and Jennifer Hudson. Even the host, "Family Guy" creator Seth McFarlane, will sing with Norah Jones by his side.

James Bond will be celebrated with Adele performing the title tune of "Skyfall." Bassey is rumored to be performing her most famous Bond song, "Goldfinger."

"The Bond music has been sorely neglected to the Academy," said Meron. "Some of the greatest music for movies is for the James Bond films. We're so glad to celebrate the 50th anniversary."

The pair said they have approached the Oscars differently than their predecessors.

Want to impress your friends? Check out some of these Oscar facts.

They're not the 85th Academy Awards, at least not officially - under a rebranding they're just the Oscars this year.

The venue hosting the Oscars is now officially the Dolby Theatre, not the Kodak Theatre, after the bankrupt camera company pulled out of its sponsorship for the building.

The nine Oscar-nominated Best Picture contenders have sparked a high volume of chatter from Facebook users - 20 times higher than last year, according to Facebook.

Best Actor nominees Hugh Jackman, Bradley Cooper and Denzel Washington have all been named "Sexiest Man Alive" by People magazine in the past.

Barbara Streisand's performance tonight will only be her second. The first was in 1977 for "A Star is Born."

If "Argo" wins Best Picture, it will be only the fourth movie in history to do so without a Best Director nomination.

With "Argo" being nominated for Best Picture, George Clooney joins Warren Beatty as being the only two people to receive Oscar nominations for acting, writing, producing and directing.

If Daniel Day-Lewis wins Best Actor this year, he will be the first person in history to win three Best Actor Oscars.

"Life of Pi" is the only Best Picture nominee that does not have any acting Oscar nominations.

Quvenzhané Wallis (at age 9) and Emmanuelle Riva (at age 85) became the youngest and oldest nominees, respectively, for Best Actress. This is also the only time either record-holder has competed against each other for the same award.

The marketing firm Distinctive Assets will hand out its traditional swag bags, valued at more than $45,000, to nominees who lose.


In Chicago: Check out these Oscar viewing parties