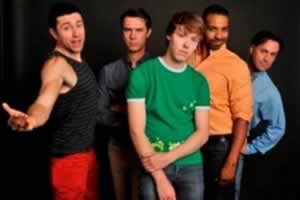 Los Angeles, CA - LeAnn Rimes, Lily Tomlin and Dan Savage are a few of the guests who will join the Gay Men's Chorus of Los Angeles (GMCLA) at its Friday, February 1 Los Angeles premiere of it gets better.

It gets better is a music and theater production inspired by columnist and gay rights activist Dan Savage's It Gets Better campaign, which urges troubled gay teens to hang in there because life gets better.

"It is so important to continue to get the message that 'It Gets Better' to everyone out there that has ever felt like an outcast, struggled with their sense of self or felt alone," Rimes said in a statement. "As a longtime supporter of the GMCLA, I jumped at the chance to be a part of this night and this significant message."

The real-life stories of six openly gay actors (Jason Currie, Tyler Houston, Tod Macofsky, Mario Mosley, Sacha Sacket and Drew Tablak) are at the heart of the production which premiered at the University of Iowa in October.