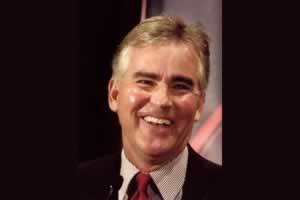 Chicago, IL - Republicans in Illinois are keeping quiet on a proposal to legalize gay marriage in the state.

According to the Chicago Sun-Times' Rich Miller, the GOP wants the legislation approved as soon as possible.

"The reason so many Republicans would like to see the bill passed is because they know that with the huge, new Democratic majorities in both legislative chambers, that it's eventually going to pass anyway," Miller wrote on Sunday.

"They want to get this issue out of the way and behind them as soon as possible. The issue is trending hard against the GOP's historical opposition, and they want the thing off the table before it starts to hurt them."

Miller points to Republican Chairman Pat Brady's support to the bill, saying that Brady "undoubtedly wouldn't have gone so public with his support if party leaders were not encouraging him behind the scenes."

Miller does not believe that Republicans are prepared to promote the bill, only that they would like to see the issue settled so that they could move on to other issues, such as repealing a 2011 income tax hike.