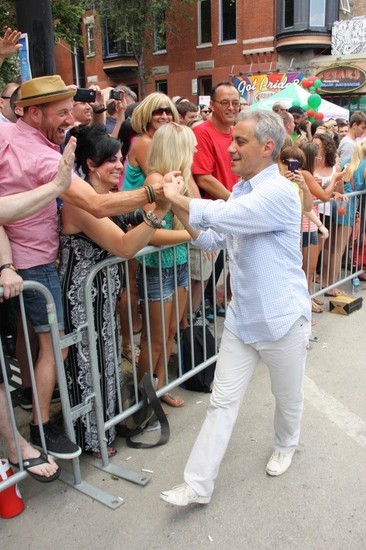 Washington, D.C. - Friday marked the one-year anniversary of Mayors For Freedom To Marry, a bipartisan coalition of U.S. mayors in support of marriage equality for gay and lesbian couples.

Chicago Mayor Rahm Emanuel was among the 80 mayors last year joining the coalition, which is a project of Washington, D.C.-based Freedom to Marry. The group has now reached 291 members representing 32 states, according to
The Huffington Post.

Atlanta mayor Kasim Reed is the latest to join the coalition. According to
ProjectQ, Reed had previously refused to back gay marriage despite a long record of supporting other LGBT issues, but in December he announced support for full marriage equality.

Each participating mayor has pledged an organized effort to support full marriage equality while opposing discrimination in the federal and state constitution.

Earlier this week, Emanuel signed a petition urging lawmakers to make Illinois the 10th state to legalize gay marriage. He has promised to become "very involved" in the issue.