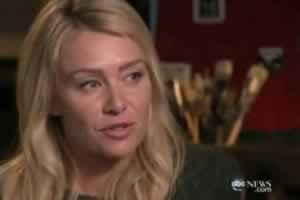 Portia de Rossi has described returning for a new season of Arrested Development as "overwhelming."

The 39-year-old de Rossi's character Lindsay Funke, along with the rest of the Bluth family, will return for a fourth season this spring on Netflix.

"I think it was all of us together actually, in that scene where we're all in the penthouse together, and it was overwhelming," she told Access Hollywood. "It was so fantastic because everyone looked exactly the same, including the kids. I don't know how that happened."

"We made the same jokes, we had the same relationship to each other and it felt like one of those moments in time, where you kind of question whether time exists because it just felt like we were coming back to work a few months after we ended. It was very strange."

Arrested Development ended its run on Fox in 2006.