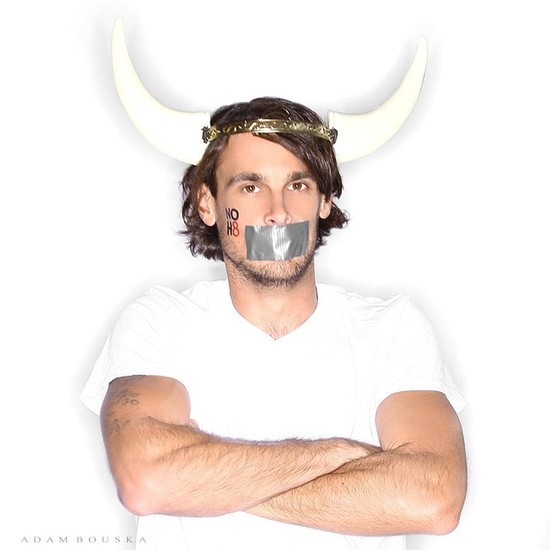 In a video for Minnesotans United for all Families, the 30-year-old Kluwe calls on Minnesotans to reject a proposed constitutional amendment which would define marriage in the state as a heterosexual union.

"After my daughters grow up, hopefully the values that I've been able to instill in them are that you treat others the way you want to be treated," Kluwe says in the video released Monday. "And if you're telling someone else how to live their life? Well, you won't want someone else telling you how to live your life. You're not treating others the way you would want to be treated. And to me that's wrong."

"Marriage to me is two people who love each other and want to spend the rest of their lives with each other. There is no difference between a gay household and a heterosexual household in raising a kid. If both parents are committed and loving to each other, then they are providing a stable and nurturing environment for that child to be raised in. And really that's what children need."