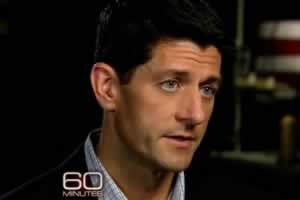 "The things you talk about, like traditional marriage and family and entrepreneurship, these aren't values that are indicative to any one person, or race, or creed, or color. These are American values. These are universal human values," Ryan said.

"And so what Mitt and I are offering is an agenda of prosperity for everybody to have a chance to climb the ladder and get out of poverty and in the lives of self-sufficiency."

"That's the whole point we're offering with this five point plan," he added.

Writing at BoxTurtleBulletin.com, Jim Burroway noted: "Because, I guess, we can't be prosperous if gay people are allowed to marry."

At the Republican National Convention (RNC) and again at the Values Voter Summit, Ryan lauded Mitt Romney as "a defender of marriage."