Quinn comes out in support of gay marriage in Illinois 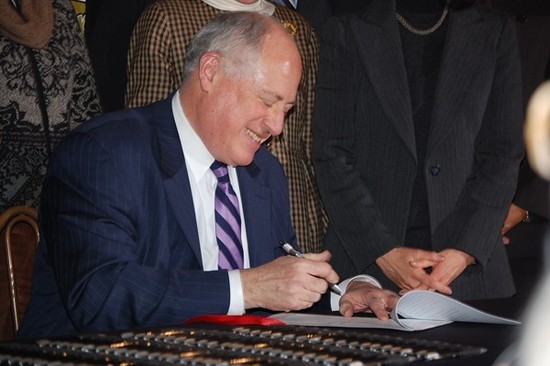 Quinn has been a strong advocate for gay rights

"Gov. Quinn joins with President Obama in supporting marriage equality and looks forward to working on this issue in the future with the General Assembly," Quinn spokeswoman Mica Matsoff told the Chicago Tribune.

In February, Quinn seemed unsure if he would support the Religious Freedom and Marriage Fairness Act, filed in the General Assembly by openly gay state Representatives Greg Harris, Deb Mell and Kelly Cassidy. The proposed legislation would eliminate part of the state law that prohibits same-sex marriages.

Matsoff told ChicagoPride.com at that time the governor was "looking to the Legislature to see what happens next."

But on Thursday Quinn made clear his support for full marriage equality.

"Governor Quinn has proved to be a staunch advocate of fairness and
equality for all Illinoisans," Equality Illinois CEO Bernard Cherkasov told ChicagoPride.com. "The Governor has consistently said that he
would sign the marriage equality bill and would work with us to build a
majority needed to pass it."