It Could Happen to You, the 10-minute video that is worth watching 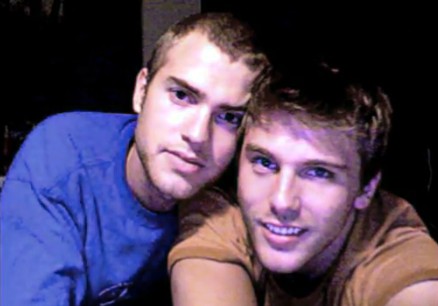 Los Angeles, CA - This week, as North Carolina voters overwhelming approved a proposed amendment to the state's constitution which limits marriage to a man and a woman, a self-described shy young man in Los Angeles has released a heartbreaking video on YouTube, telling the beautiful -- but ultimately tragic -- story of his relationship with his boyfriend of nearly six years.

In the video called "It Could Happen To You," 26-year-old Shane Bitney Crone shares his story of finding love, only to lose it when his partner Tom died in a senseless accident last year shortly after his 29th birthday. As horrible as his loss was, Shane says he wasn't prepared for what would happen next.

In only one day after posting the video, it's spreading like wildfire on the web, and has already racked up more than 600,000 views, and if you have 10 minutes to watch it, you'll see why.

In his first interview about the video Tuesday, Shane exclusively tells RadarOnline.com he's stunned by the reaction.

"Obviously, I was just hoping that there be a reaction... I didn't imagine it would be taking off this fast," he told us.

Shane also says he doesn't want people to think he made the video to attack Tom's family, most of which, he's not in touch with. Rather, he says he mainly did it for Tom -- and for himself.

"You ask yourself what can I do with this? I was thinking of all the things ahead.. dreading birthdays, anniversaries. It was therapy for me to edit it for myself. I was just going to put it out there... It's hard not to focus on all the negative things... It's helping me heal.

"It's such an overwhelming good feeling. People I haven't talked to in years are sharing it on Facebook. I hope to change people's minds and to change their hearts."

Shane has also set up a Facebook page called EqualLoveEqualRights and invites you to join him in his quest for marriage equality.

Article by Neil Woulfe for RadarOnline.com, reprinted with permission.