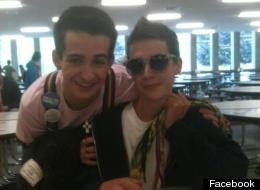 Reese, 17, killed himself on April 22. His funeral was held on Friday.

"He enjoyed skiing, four wheeling in the mountains and working with plants. Jack loved animals and will miss his cat, Cat," reads the obituary. "He was also very good with kids and loved taking care of them. Jack was learning to speak Japanese and loved anything to do with Japan. He was also very good at drawing and photography."

By that time, Reese had already killed himself.

A candlelight vigil is scheduled for May 1. People are also expressing their condolences on Facebook.