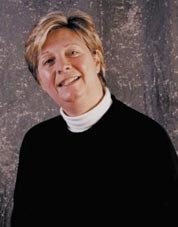 Chicago, IL - The 2,000th person to register for Gay Games VII was either a Swedish badminton player, a New York volleyball player, a singer from New Zealand, a South African wrestler, or a member of a Los Angeles softball team that registered as a group. The nature of Chicago’s 24-hour worldwide online registration system means that registrations come in all hours of the day and night, just like the phone calls and emails. But, according to Kevin Boyer, Chicago’s Marketing Chair, the 2,000th person signed up at approximately noon (Chicago time), on Tuesday, 1 February 2005. The 2,000 registrations come from 26 different countries on 6 continents.

Registrations Ahead of Forecast
“Gay Games registration figures are running well ahead of forecast,” said Gay Games VII Co-Chair Sam Coady. “We ended 2004 with fully paid registrations that were 40% ahead of our year-end forecasts, and approximately 800 registrations ahead of the pace set by Sydney in the months before the 2002 Gay Games. We are confident we will reach or exceed our target of over 12,000 registered athletes and artists.” Coady attributes the successful registration numbers to the network of international sports organizations working in partnership with Chicago 2006 as well as the $3.5 million print, online, and television marketing campaign being conducted in 6 languages through more than 25 media sponsors.

Every 90 Seconds
During the last 3 days of 2004, noted Kevin Boyer, Gay Games registrations were coming in every 90 seconds as athletes and artists worldwide rushed to beat the early registration deadline. Chicago extended the deadline three days to accommodate last-minute signups and to account for different time zones and computer access issues. “We’re extremely proud of our online system,” said Gay Games VII Vice Co-Chair Tracy Baim. “Despite heavy traffic from all over the world, our registration contractor performed admirably with no downtime whatsoever.” The system provides real-time data access, eliminating doubt about registration numbers or payment status that often plague other registration solutions. Backend registration processing for Gay Games VII is being provided by Chicago-based Afficient Corporation, linked from the Gay Games VII website at http://www.gaygameschicago.org.

Group Pre-Pay Running Strong
Individual registration has remained strong since the New Year began and group registrations – called Pre-Pay – have accelerated. Pre-Pay allows groups of 5 or more to pay a lower base fee by purchasing their Gay Games VII registrations as a group. Chicago benefits by getting additional paid registrations in the door more quickly, allowing for better advance planning. The groups benefit by paying less per person. “We’ve had international associations buy as many as 30 registrations at a time,” said James Simmons, Gay Games VII Registration Consultant. “Teams are registering as a group to save costs or to award as scholarships. We’re also glad to see friends working together as a group, planning their trip to Chicago, and signing up for the Gay Games together.” Pre-Pay is available by calling 1-773-907-2006.

Ahead of Schedule
“We want to thank our volunteers, partners, sponsors and the athletes and artists who continue to support the Gay Games movement, nearly 25 years after the first Gay Games took place in 1982,” said Suzanne Arnold (pictured above), Chicago’s other Co-Chair. “Last March Chicago was awarded the honor of hosting the Gay Games. Now, less than a year later, we are ahead of schedule in planning, fundraising, and fully paid participant registration.” “Our planning and financial goals,” added Sue Connolly, Gay Games VII Finance Committee Chair, “were accomplished in partnership with the international Federation of Gay Games and allied sports and cultural organizations. With volunteers and supporters worldwide, and start-up staff and consultants that number only 5, our low per-registrant cost has left us with significant cash reserves as we entered 2005.” Dennis Sneyers, Founder of Chicago’s Gay Games organization said, “As the host of the 7th Gay Games, we are honored at the trust placed in us by the world’s LGBT sports and culture community. We can now say with confidence that our legacy will be a vibrant, international, focused, more financially secure Gay Games than ever before.”

Gay Games VII General Registration is now open. Details are available at http://www.gaygameschicago.org. Chicago organizers wish to remind the world’s athletes that many sports have limited space. Sailing has already reached its capacity, Golf is nearing capacity, and 4 other sports are nearly 50% full. “Only by registering now can you ensure your space is reserved,” said Nancy Harris, Gay Games VII Sports Consultant. “We don’t want to disappoint those who intend to play but wait too late to register.”

About Gay Games VII
Gay Games VII Sports and Cultural Festival will take place 15-22 July 2006. Over 12,000 athletes from more than 100 countries will compete in 30 sports ranging from softball to dancesport, swimming to tennis. The weeklong event will include band, cheerleading and color guard performances, chorus, an ancillary arts festival, and a series of community-organised social events and parties. The opening ceremony is scheduled for 15 July at Soldier Field, the lakefront home stadium of American-style football’s Chicago Bears. Closing ceremony will be 22 July at Wrigley Field, the home of Major League Baseball’s Chicago Cubs, located in the heart of Chicago’s largest LGBT neighborhood.

Registration for Gay Games VII is now open at http://www.gaygameschicago.org.

The Federation of Gay Games is the international governing body that perpetuates the quadrennial Gay Games and promotes the event's founding principles of Participation, Inclusion, and Personal Best™. For more information, visit www.GayGames.org.