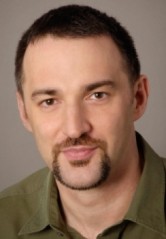 The situation started when Carl Siciliano, founder of the Ali Forney Center for homeless LGBT LGBT youth, wrote a letter to Dolan saying his hostility towards gays leads Catholic parents to kick their kids out on to the street.

"[Your] loud and strident voice against the acceptance of LGBT people [creates] a climate where parents can turn on their own children," Siciliano wrote.

Dolan took it as a personal attack.

"For you to make the allegations and insinuations you do in your letter based on my adherence to the clear teachings of the Church is not only unfair and unjust, but inflammatory," Dolan wrote, according to the Huffington Post. "Neither I nor anyone in the Church would ever tolerate hatred of or prejudice towards any of the Lord's children."

Amodeo, who is gay and Catholic and who conducts religious education classes for young people, said he's had enough.

"As someone who believes in the message of love enshrined in the teachings of Christ, I find it disheartening that a man of God would refuse to extend a pastoral arm," Amodeo wrote in his resignation letter to the Diocese.