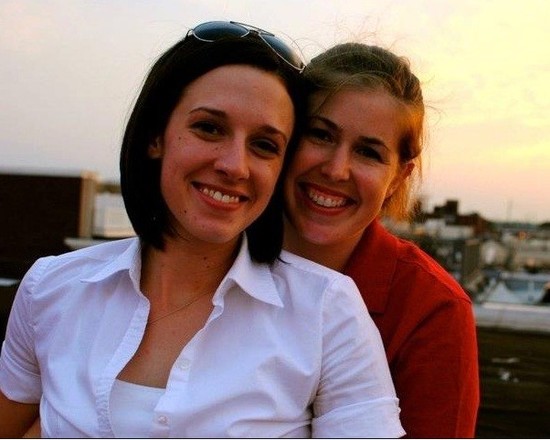 Edwards and MacTurk met while attending school at St. Joe's. They graduated in 2009 and plan to get married some day.

They were kicked out of St. Joe's "How I met my Hawkmate" contest, but put back in after other alumni complained.

Their success was noted in a terse two-line announcement on St. Joe's Facebook Alumni page on Tuesday. The couple gave their $100 gift card to the St. Joe's Gay/Straight Alliance, reported Philly.com.

"It was the response from our peers that made us proud to be St. Joe's alums," MacTurk told Philly.com. "This was the place where we figured out who we are and grew as people." Without St. Joe's we never would have met in the first place."