As Rick Santorum surges in Iowa caucuses, Google users around the world are baffled 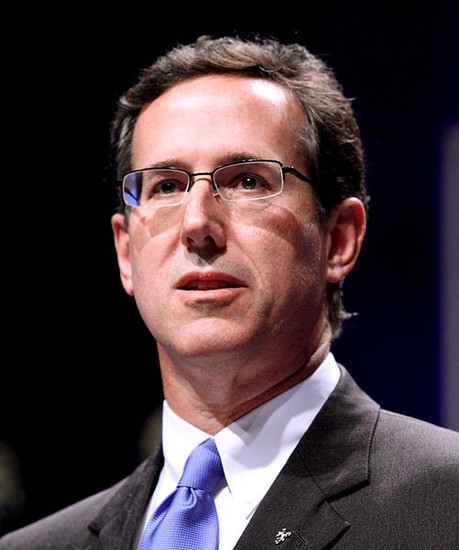 photo credit // wikipedia/gage skidmore
Derry, New Hampshire - On Wednesday, the top Google searches in the world were "Iowa Caucuses" and "Rick Santorum" -- leaving people around the world wondering how an American presidential candidate landed their computers on a screen that's definitely NSFW.

If you're not familiar with how this happened, here's the back story: In 2003, sex columnist Dan Savage, furious over comments Santorum made comparing gay sex to bestiality and incest, decided to "redefine" the word "Santorum." Savage created "spreadingsantorum.com," and with the help of similarly outraged people, spread the new, sexual definition of the then-Senator's last name all over the internet.

Politico reports that in September 2011, Santorum contacted Google (again) to see if they could do anything about the search results. No dice.

"I suspect if something was up there like that about Joe Biden, they'd get rid of it," Santorum told Politico. "If you're a responsible business, you don't let things like that happen in your business that have an impact on the country."

"To have a business allow that type of filth to be purveyed through their website or through their system is something that they say they can't handle but I suspect that's not true," he said.

One of his seven children, Elizabeth, told HuffingtonPost that it makes her sad.

"It's disappointing that people can be that mean," she said. "That's really the first thing that comes to mind, it's hurtful. But it's okay, we just try and focus."

Santorum, along with Michele Bachmann - who dropped out of the GOP presidential race after her dismal performance in Iowa - and Texas Governor Rick Perry, signed The Family Leader's controversial anti-gay marriage pledge, which asks each candidate to "vigorously" oppose marriage equality.

Last week, Santorum said not only does he want a constitutional amendment banning gay marriage -- he'd like invalidate all same-sex marriages that have already taken place.