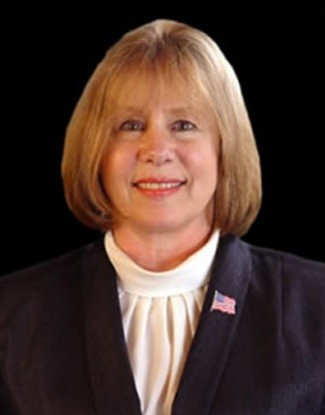 photo credit // janiceformayor.com
Troy, Michigan - Janice Daniels, who was elected mayor of Troy, Mich., on a Tea Party platform last month, is now apologizing for using the word "queers" on her Facebook page.

"I think I am going to throw away my I Love New York carrying bag now that queers can get married there," she wrote in June.

On Monday, she apologized while appearing on a radio show.

"I absolutely do regret it, I shouldn't have used such language," she told radio host Charlie Langton, according to the Detroit News. "While I do believe marriage should be between one man and one woman, it was inappropriate to use that language. It was inappropriate and I do apologize. It was meant to be a joke, silly, a funny thing."

She also did try to defend herself, though, saying that since "queer" is a word that some LGBT use, she should be able to use it, too.

"It's a dictionary word, it's used in a TV show and in other contexts," she said.

Hundreds of people are using Facebook to organize a protest outside Monday night's city council meeting.

Troy is an upscale suburb of Detroit, with median household income at $84,330, and was recently ranked one of the five safest places in the country to live.