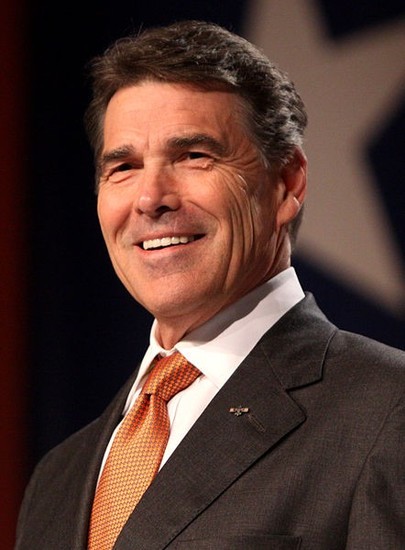 The issue is being dredged up again on the San Francisco Chronicle's website by blogger Zennie Abraham.

"It's a good question to ask that's not been asked: why has CNN, Fox News, and MSNBC not followed up on the long-time claims that Rick Perry may be Gay, or at least had a romantic encounter with a man, but they're all over the Herman Cain rumors," Abraham wrote on Monday.

The details of the Perry rumor -- as presented by blogger Mike Starks and the venerable newspaper the Austin American-Statesman -- are that the Perry's wife discovered him in a compromising position with a male staff person in early 2004.

The rumor mill claimed that his wife, Anita, was moving out of the Texas Governor's mansion. That never happened, and they remain married to this day.

At the time, Perry tried to ignore the rumors, then broke down and addressed the part about his wife.

"[The rumors] are not correct in any shape, form or fashion," Perry told the Statesman. "These are irresponsible. They're salacious. They're hurtful to my family."

"We have not been able to find even a scintilla of corroboration for any of the rumors," Kronberg wrote. "And since the rumors change every day, the matter is now simply silly."

However, bloggers say that they just want Perry to answer the yes-or-no question he avoided at the time: Are you gay?