Gay Navy will be sworn in by Rep. Mike Quigley Monday 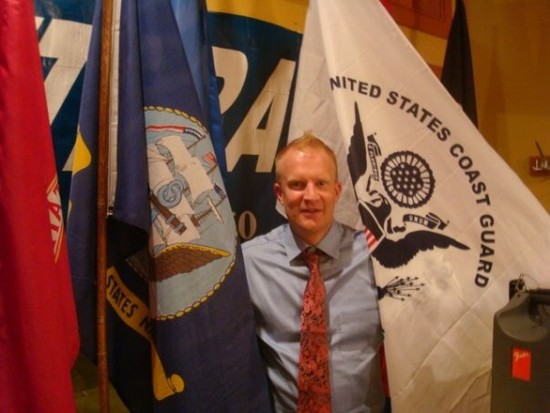 navy veteran lee reinhart will re-enlist in the navy

photo credit // facebook feed
Chicago - On Monday, Navy veteran Lee Reinhart will become Illinois' first gay man to re-enlist in the military, when he is sworn in by Rep. Mike Quigley (D-Illinois).

State Sen. Deb Mell will also attend the ceremony, which will take place at Chicago's Center on Halsted.

Reinhart was a longtime resident of the Chicago area before serving in the Navy from 1995 to 1999. After September 11, he re-enlisted in the Coast Guard, but was soon discharged because he is gay.

The 38-year-old lived in Chicago since 2006 where he worked with Equality Illinois. This past summer he accepted a job with Equality Ohio based in Columbus.

Nearly 13,000 men and women who'd been discharged for their sexual orientation under the controversial law can now be re-instated.