Actor Zachary Quinto: 'I am a gay man' 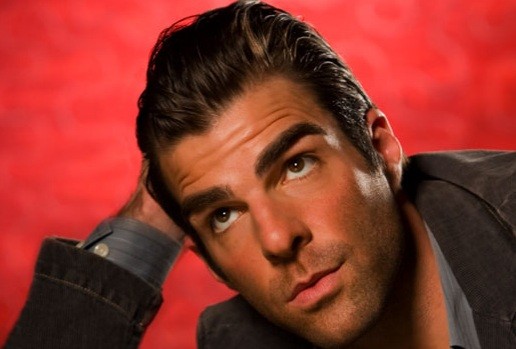 photo credit // zacharyquinto.com
New York City - Actor Zachary Quinto -- who played "Spock" in the recent Star Trek movie and plays Slyar in "Heroes" -- said that the suicide death of Jamey Rodemeyer has motivated him to come out of The Closet.

Quinto recently wrapped up a run of "Angels in America" on Broadway and said that he was deeply impacted by constant thoughts of the lives taken by AIDS.

"Doing that play made me realize how lucky I was to be born when I was born and to not have to witness the decimation of an entire generation of amazingly talented and otherwise vital men," he told New York Magazine.

Before this weekend, Quinto has generally dodged questions about his sexual orientation, even though he recorded an "It Gets Better" video last year. He talks in that video (which you can watch below) about the suicides of other gay teenagers.

But Quinto said on his blog he was deeply moved when 14-year-old Jamey Rodemeyer killed himself in September, and feels a responsibility as a gay man to act.

"When i found out that jamey rodemeyer killed himself - i felt deeply troubled," Quinto wrote on his blog. "but when i found out that jamey rodemeyer had made an it gets better video only months before taking his own life - i felt indescribable despair. i also made an it gets better video last year - in the wake of the senseless and tragic gay teen suicides that were sweeping the nation at the time. but in light of jamey's death - it became clear to me in an instant that living a gay life without publicly acknowledging it - is simply not enough to make any significant contribution to the immense work that lies ahead on the road to complete equality."

Quinto said that people of good intentions needs to act.

"Gay kids need to stop killing themselves because they are made to feel worthless by cruel and relentless bullying. parents need to teach their children principles of respect and acceptance. we are witnessing an enormous shift of collective consciousness throughout the world. we are at the precipice of great transformation within our culture and government. i believe in the power of intention to change the landscape of our society - and it is my intention to live an authentic life of compassion and integrity and action."