Patti Stanger clarifies: 'I said the gays in Los Angeles' 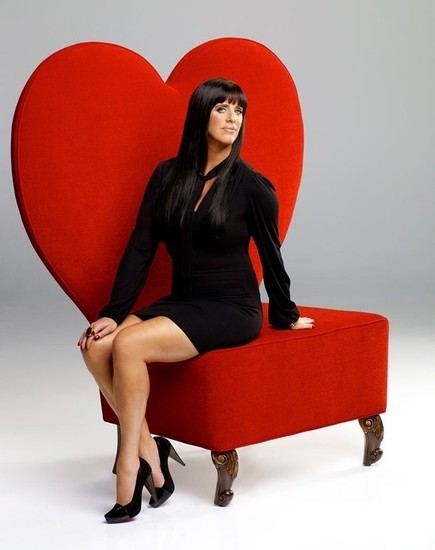 Los Angeles, CA - Patti Stanger, the host of Bravo's Millionaire Matchmaker, continues to insert her foot in her mouth over her controversial theory on gay men and monogamy.

In trying to clarify an earlier statement she made during an appearance on the season premiere of What What Happens Live, Stanger now says she only meant the gay men in Los Angeles struggle with monogamy.

"Whether you're straight or gay, that's a player town," Stanger said during an appearance Tuesday on HNN's The Joy Behar Show. "Did I say all gays? I said the gays in Los Angeles."

Stanger, who is not married, then went on. "But the gay man, they whip it out at eye lock. They get involved, and then find out later whether or not they want a serious relationship. And I hope they use the privilege in New York for gay marriage because they have it. A lot of gays aren't getting married!"

Behar told her she "went wrong" by making a sweeping statement.

"I apologize if GLAAD was offended," replied Stanger. "I was the first person for gay marriage. I put it on the map, on television, where every network fought me, and I'm still there in the trenches."

Stanger's sentiment during the Tuesday broadcast echoed earlier comments she made in an interview posted last week on GoPride.com.

"I mean you [gay] guys have, like, ADD in the dating world," Stanger told Jerry Nunn. "I don't know what to tell you people. I tell you not to have sex and nobody listens to me."