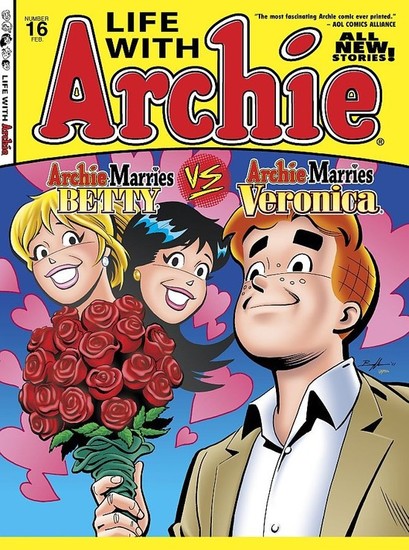 Riverdale - Early next year, the timeless comic book town of Riverdale will take a giant leap into the future when gay character Kevin Keller gets married to "Mr. Right."

The comic's creators say that Kevin will return home as a war hero -- and already engaged to his lucky man.

The comic will track their wedding, along with some behind-the-scenes drama involving Archie and who he's going to marry.

The first Archie comic featuring the gay character, "Veronica #202," became the first-ever Archie to sell out.

"Life With Archie" #16 will hit comic book shops and newsstands in early January 2012. You can also order a copy online.