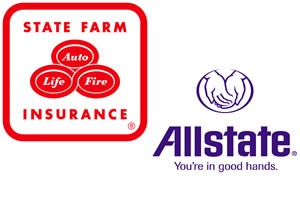 Married couples can, on average, save 10 percent off their auto premiums.

Esurance, a direct to consumer online insurance company, also offers the discount in California, Illinois, Oregon and Washington, and is set to expand into more states.

The reduced rates are in effect in the six states where gay marriage is legal plus the District of Columbia. The 18,000 California couples who married in 2008 can receive the discount.

Couples who enter a civil union in New Jersey, Illinois, Hawaii, Delaware and Rhode Island or a domestic partnership in California, Nevada, Oregon and Washington are also eligible for the savings.

Loretta Waters, a spokeswoman for the Insurance Information Institute, said it is possible other companies might offer a similar discount and couples should check with their insurance agent.

"Marriage is marriage," State Farm Spokesman Dick Luedke said. "It doesn't matter if you are married to someone of the same sex."