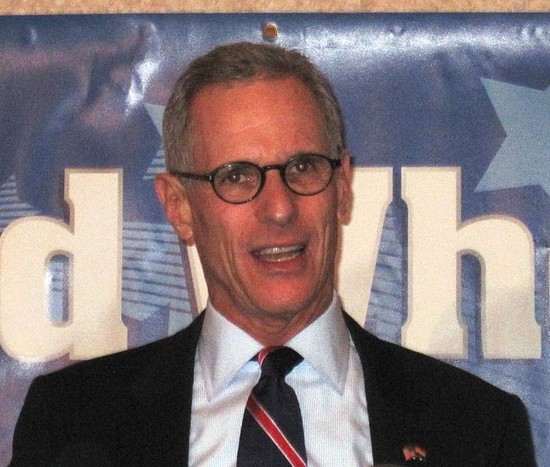 photo credit // wikipedia/iowapolitics.com
Ames, Iowa - FOX News is excluding gay candidate Republican presidential candidate Fred Karger from a debate tonight in Iowa, despite the fact that he meets their criteria.

The Dallas Voice said that FOX requires a candidate to poll at least one percent in five national polls, and that Karger got 1 percent in a nationwide Zogby poll, and 2 percent in a Harris Interactive poll.

Those numbers might seem small, but they are comparable to Rick Santorum, John Huntsman, and Tim Pawlenty, who all received 2 percent in recent polls. They will all be participating in Thursday's debate in Ames.

"I read in the press like everyone else on Friday that in spite of meeting all its debate criteria, Fox News still refuses to allow me a place on the stage in Ames, Iowa this Thursday evening," Karger told the Dallas Voice. "By not including me, even though I have qualified for the debate, Fox News appears to be in violation of Federal Election Commission rules governing all Presidential Debates. Fox released its debate criteria two weeks ago, which I clearly have met."