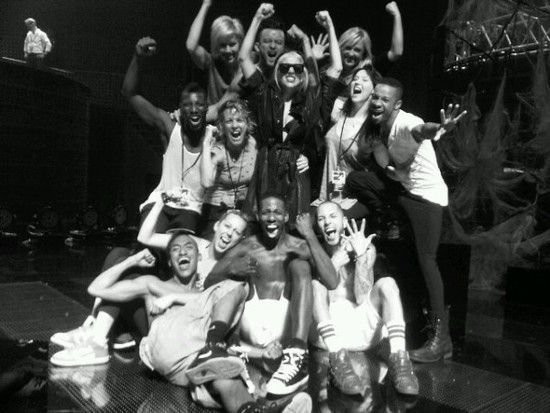 "I can't stop crying. We did it kids," GaGa tweeted to her more than 11 millions followers. "The revolution is ours to fight for love, justice+equality. Rejoice NY, and propose. We did it!!!"

Gaga also shared a black and white photo with her crew celebrating the victory.

Katy Perry tweeted, "NEW YORK! I Love U! You're OFFICIALLY the coolest place on the planet!"

Openly lesbian Ellen DeGeneres took to her Twitter page and wrote, "I'm thrilled about the news from NY. Marriage equality! Every day we get a little closer. What an amazing feeling."

Darren Criss, who plays Blaine on Glee, tweeted, "As if I didn't already have enough to celebrate and enjoy today. A big hug for New York from my lone hotel room in London. #MarriageEquality." In a second Tweet, he wrote, "I sing it every night, but now it has better meaning: 'New York- concrete jungle where dreams are made of, there's nothing you can't do.' :)"

The celebrity support continued with openly gay actor Neil Patrick Harris, who tweeted, "It PASSED! Marriage equality in NY!! Yes!! Progress!! Thank you everyone who worked so hard on this!! A historic night!"

New York becomes the sixth state, and by far the largest, where marriage equality will be extended to all people regardless of sexual orientation.