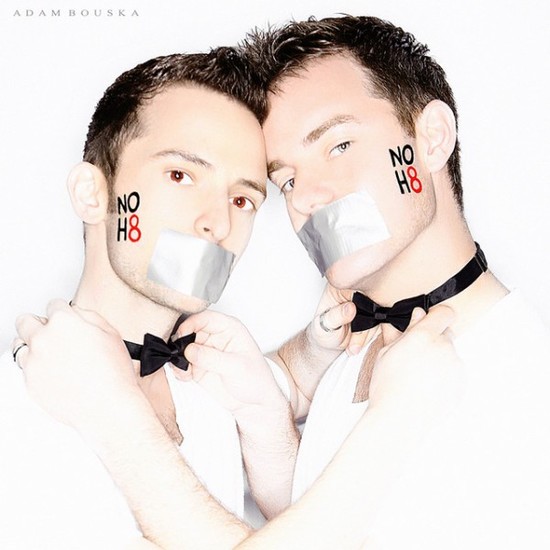 "We entered the Crate&Barrel contest not just win a dream wedding, which would be nice, but to also put a face on marriage equality," 34-year-old Cronrod told GoPride.com. "We are exposing our personal lives to continue to keep the importance of marriage equality in mainstream media. I think we've accomplished that just by competing in the contest."

"Winning this contest would be an amazing platform to continue the fight for marriage equality," added 38-year-old Artcliff.

"We entered because we're in love, just like any other couple that enters the contest," said Cronrod.

Contest entries are judged by Crate & Barrel executives and wedding planner to the stars, Yifat Oren. The winning couple will receive a wedding valued at $100,000. The winner will be announced in late May or early June.

Regardless of the contest's outcome, Cronrod and Artcliff plan to legally wed in Boston this October. Both told the Windy City Times that honeymoon plans are still up in the air, although they are considering Puerto Rico, Italy, France and Spain.

The couple, currently second in online voting, tells GoPride.com they will donate $500 to Trevor Project and to Freedom to Marry if they win the popular vote, which closes Saturday, April 30.

You can cast a vote for Cronrod and Artcliff at loveatfirstwink.com/vote, which redirects you to the Crate & Barrel website. .

More from our Media Partner: Learn more about how Robbie Cronrod and Allen Artcliff, including how they met, in a special Windy City Times profile.