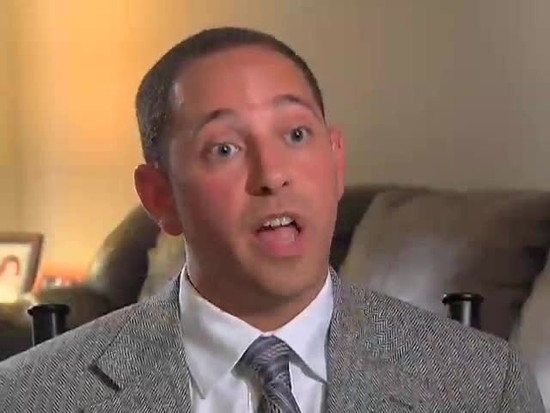 According to AnnArbor.com, a complaint filed in Washtenaw County Circuit Court on Friday said Armstrong alleges Shirvell stalked him and caused emotional distress in 2010 with posts on Facebook and a personal blog.

In the complaint Armstrong's attorney, Deborah Gordon, writes Shirvell developed a "bizarre personal obsession" with Armstrong. The complaint also alleges Shirvell maintained a history of "employing intimidation, threats and abusive language against others on whom he has become focused."

During his time as Michigan Assistant Attorney General, Shirvell wrote a blog called "Chris Armstrong Watch" devoted to cyber-bulling Armstrong who was the first openly gay student body president at the University of Michigan.

In his blog, Shirvell called Armstrong "nazi like," a recruiter for "the cult that is homosexuality," and a proponent of a "racist, anti-Christian agenda." Shirvell would also show up at campus events to taunt Armstrong.

Shirvell also appeared on CNN where he repeated many of his claims against Armstrong.

Armstrong's attorney, Deborah Gordon, told the Detroit Free Press the suit isn't about money. "Mr. Shirvell has refused to retract any of his bizarre and untruthful points. We want to set the record straight," she said.

Shirvell was eventually fired from the Michigan Attorney General's office, but only after the story became national news.