On the candidates: Miguel del Valle 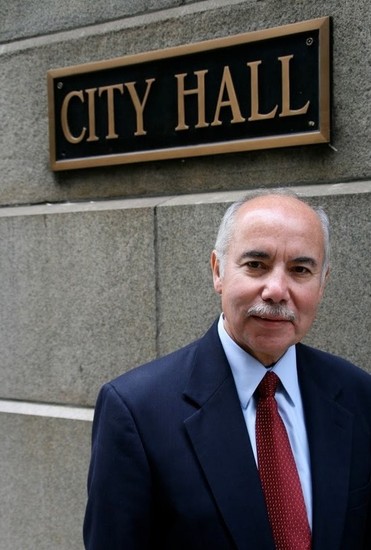 Race for Mayor, The Gay Vote

Chicago, IL - When it comes to campaign season, it's amazing how much can change over the course of a mere seven days. Since ChicagoPride.com launched the first of its candidate profiles -- part of our exclusive coverage of the historic mayoral race -- last week, the candidacy of that profile's favored subject, Rahm Emanuel, has been called into serious question.

Monday, an appellate court announced its decision that Emanuel is not eligible to run for mayor due to spending the last two years living in Washington, D.C., while serving as the White House chief of staff. Emanuel's team immediately appealed their ruling, and the state Supreme Court has taken the case up. While we anxiously await a final decision, the clock is truly ticking.

Update: The Illinois Supreme Court ruled late Thursday evening that Rahm Emanuel can stay on the ballot for mayor or Chicago.

Should the Illinois Supreme Court decide to uphold the lower court's ruling on Emanuel's ineligibility, the mayoral race will be truly opened up to the three other major candidates, including City Clerk and former State Senator Miguel del Valle. As del Valle has been widely out-fundraised by his competitors, we won't blame you if you aren't quite as knowledgeable about his campaign, but those excuses stop here. After all, what's sexier than an informed voter? Continuing our profiles of the leading candidates into next month, our series will come to an end the week of Valentine's Day with our mayoral voter's guide.

Below, learn more about the esteemed community leader Miguel del Valle's quest for the mayoral office.

The basics: Del Valle, 59, was born in Puerto Rico and migrated to Chicago with his parents at the age of four, growing up in the West Town and Humboldt Park neighborhoods. He first entered the political sphere on the heels of a budding career in the non-profit sector, leading the Barreto Boys & Girls Club and, later, the Association House, an organization which works to promote health and wellness and create opportunities for economic and educational development to the city's Northwest side. He was first elected as State Senator in 1987, serving the General Assembly through 2006 before successfully running to become the City Clerk. He and his wife Lupe have four children and live on the near Northwest side.

On the record: During his tenure as a State Senator, del Valle -- who's often referred to as "the liberal's liberal" -- maintained a strong record on LGBT issues, voting in 2005 to expand the Illinois Human Rights Act to bar discrimination on the basis of sexual orientation or gender identity in housing, employment and public accommodation. Del Valle, who was once a board member of the AIDS Foundation of Chicago, has also consistently advocated to protect HIV/AIDS funding for outreach to minority communities when such funding has been threatened.

In his response to the mayoral questionnaire on LGBT issues, del Valle applauded the passage of the state's civil unions legislation with the caveat that he believes the government should "respect the rights of same-sex couples to marry." He further stated "[t]he ongoing work of the LGBT community to promote their own equal treatment in daily life and under the law is one of the most important civil rights efforts of our times."

In a 2007 interview with the Windy City Times, when del Valle was campaigning for City Clerk, he described his experience growing up and experiencing racism as a major influence on his decision to protect "every human being's rights."

His LGBT platform: Until del Valle's response to a coalition of LGBT community leaders' queer issues-focused questionnaire was posted last week, it was difficult to locate a del Valle campaign platform on these issues. At press time, del Valle's website remains the only website in the race that does not publicly display an LGBT platform. Further, a search for the words "gay," "lesbian" and "LGBT" across his site pulled up only one press release, dated January 20, regarding a campaign meeting with Gender JUST, a grassroots queer organization based here in Chicago.

Though they are somewhat difficult to find -- and are not being as proudly trumpeted as the other leading candidates' views -- del Valle's platform on queer issues is quite strong, detailed and offers several ideas unique to his campaign.

In addition to advocating for increased hiring and recruitment of qualified, openly LGBT applicants to jobs with the city and pushing for increased anti-bullying programming in schools, which other candidates have addressed, del Valle has proposed adding an LGBT liaison position to address queer issues in Chicago Public Schools. He also took a bold step in his plan to specifically address LGBT issues in CPS sex education classes, indicating that he hopes to challenge the state's current law, which largely focuses on abstinence-based curriculum.

Del Valle also has repeatedly advocated that Chicago follow in the direction of cities like Washington, D.C. and San Francisco, both of whom have passed ordinances requiring companies doing business with the city to treat LGBT people, whether applying for jobs or receiving services, equally. In addressing the harassment and risk of homelessness for LGBT youth, LGBT elders and transgender Chicagoans, he proposed that all city-funded agencies serving these communities be similarly required to be LGBT-friendly if they wish to continue to be funded.

Other plans outlined in del Valle's responses to the LGBT questionnaire are not too different from other candidates' suggestions, including the institution of increased diversity training in the city's police and fire departments, maintaining HIV/AIDS funding at its current level (unless an assessment reveals that the community's needs are not being met) and wanting the role of the city's LGBT advisory council to be elevated.

The prognosis: To be frank, it's not looking good for del Valle. While some Chicago pundits have criticized del Valle's and rival Gery Chico's candidacies as splitting the city's Latino vote by not selecting a "consensus candidate" of sorts, that's not the main issue behind why del Valle's campaign has struggled to pick up much momentum. In a city as large as Chicago, this race is expensive and del Valle has been so widely out-fundraised -- nearly $200 to $1 by Emanuel's campaign and $40 to $1 by Chico, the candidate who's raised the second-highest amount in the race -- that his message simply hasn't gotten out there.

His policies are sound and it's hard to deny del Valle has both the experience for the position -- including a rare combination of a non-profit, community-based background with two decades of time in elected, statewide office -- and the distinction of being the only candidate in the race who's been elected citywide. But his campaign simply doesn't have the green to back it up, even with a potentially Emanuel-less ballot. As of NBC Chicago's Ward Room's latest weekly count, the odds of a Mayor del Valle being sworn in are 50-1.

Trading in trivialities: Del Valle's son Esteban is an award-winning artist and has exhibited his work in venues such as the Merchandise Mart's Art Chicago ... Per his responses to Time Out Chicago's survey, del Valle is a Second City fan -- particularly of their Rod Blagojevich Superstar show -- and is on the record for enjoying Jersey Boys, saying the music of Frankie Valli and the Four Seasons took him back to his youth ... Del Valle has been endorsed by the owner of Rogers Park's Heartland Cafe, a historic hotbed for Chicago's North Side progressive community.

According to the Zodiac: Del Valle's birthday is July 24, putting him right on the Cancer-Leo cusp. Known for their wit and ambition, Cancer-Leos are known for their inward and sensitive traits (like a Cancer) accompanied with their fiery outward traits (like a Leo) -- they're shyly flamboyant, in a sense. According to AlwaysAstrology.com, this combination can contribute to Cancer-Leos having a somewhat volatile personality, but that they're always moving -- both physically and intellectually.

Race for Mayor, The Gay Vote: Visit www.delvalleformayor.com for more information on the City Clerk's candidacy and positions and visit Equality Illinois' "Next Mayor" page to read the questionnaire responses from del Valle and the other candidates. Next week, we'll be taking a look at former U.S. Senator Carol Moseley Braun's record on LGBT issues and plans for the city of Chicago.