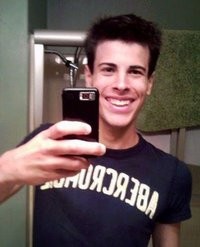 KSAX reports that the 18-year-old was rushed to the hospital on Saturday night, where he died.

Friends on a Facebook page said he was openly gay and that the bullying was "relentless."

U.S. Senator Al Franken (D-MN) sent his condolences Monday and said he hopes a new bill in discussion will protect students from being bullied in the classroom because of their sexual orientation.

"My heart goes out to Lance's family, and friends and loved ones. It's a tragic event, not only for them, but for the school, and the Alexandria community and really for all of us," Franken said.

In the U.S., suicide claims over 34,000 lives annually - the equivalent of 94 suicides per day, or one suicide every 15 minutes. Studies from organizations such as the Suicide Prevention Resource Center report that lesbian, gay, and bisexual youth are from 1.5 to seven times more likely to report having attempted suicide than their non-LGBT peers, while transgender youth are believed to have higher rates of suicidal behavior as well.