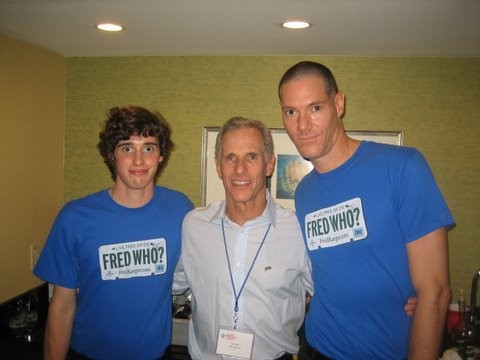 photo credit // fredkarger.com
Des Moines, Ia. - Fred Karger, a gay Republican candidate for President, is being excluded from a March debate because the organizers don't consider him "legitimate."

Fifteen candidates have been invited to the March 7 event, which is sponsored by the Iowa Christian Alliance.

ICA president Steve Scheffler told The Hill that Karger was excluded because he talks about "only one issue: gay rights."

In fact, on Karger's website, you can find articles in which he describes himself as a "moderate Republican" and mentions at least two other issues that are close to his heart: medical marijuana and "sensible gun control regulations."