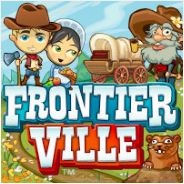 San Francisco - Zynga, the company that makes the ubiquitous Facebook game "Farmville," said that when it comes to same-sex marriage, they are leading the pack.

During a web conference in San Francisco, Zynga said that 650,000 gay and lesbian marriages have been created on their game "FrontierVille."

"FrontierVille" is lot like "Farmville," but players pretend to be pioneers in the Old West. Players grow crops, build homes, and clear land. They buy and sell things. They can also land spouses and have children.

"FrontierVille" has only been around since early summer, so the statistics are pretty incredible.

Overall, Zynga is one of the most powerful internet companies in the world, with an estimated $4 billion value. During the busiest periods of the day, a minimum of three million people are playing a Zynga game. Overall, 320 million people have tried a Zynga game at least once.

CEO Mark Pincus told the web conference that his goal is to convince people to take ten minute breaks during the day to play a web game.