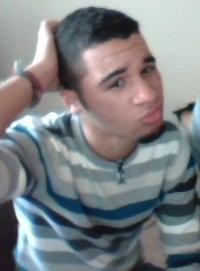 The body of Corey Jackson, a sophomore at Oakland University, was discovered Tuesday in a wooded area of campus. Officials say it was a suicide.

On campus Wednesday, many students wore purple in support of the anti-bullying campaign that was already planned nationwide.

Police say there is no evidence to believe bullying lead to the suicide of the gay student, though Jackson's family said he recently came out to them and they believe he was bullied.

"I believe (it happened) because he recently realized he was a homosexual and he was getting pressured at school by his peers because he told his family and nothing changed here," grandmother Carolyn Evans told WDIV-TV in Detroit. "Corey was the most loving, giving, funny person. He had the most wonderful personality. He had cousins from ages 14 down to 2 and he never said a bad word about anybody. When he went to school and he realized his sexual preference had changed, he changed completely. He withdrew."

Oakland students plan to gather tonight for a candlelight vigil on campus to remember the teen, according to event details on Facebook.

Research from the Trevor Project indicates LGBT teens are four times more likely to commit suicide than their straight counterparts. Suicide is one of the top three causes of death among 15 to 24-year-olds and is the second leading cause of death on college campuses.