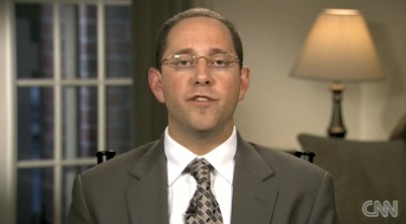 Ann Arbor, MI - Michigan Assistant Attorney General Andrew Shirvell has taken a personal leave from his post amid a firestorm of controversy and calls for his immediate resignation for harassing gay student Chris Armstrong.

The Detroit Free Press is reporting that Shirvell will be the subject of a disciplinary hearing after he returns to work.

"He's clearly a bully. Absolutely," Cox, a Republican, told Anderson Cooper on CNN's Anderson Cooper 360. "And is he using the Internet to be a bully? Yes. But is that protected under the First Amendment of the United States Constitution? Yes."

Shirvell began attacking Armstrong after being elected president of the University of Michigan at Ann Arbor Student Assembly in April. He's criticized and belittled Armstrong at Chris Armstrong Watch, a website he runs now sealed off behind a password protected page.

The University of Michigan has banned Shirvell from its campus. And Armstrong has filed a personal protection order against him.

Progressive bloggers have sounded off on Cox's unwillingness to discipline his employee.