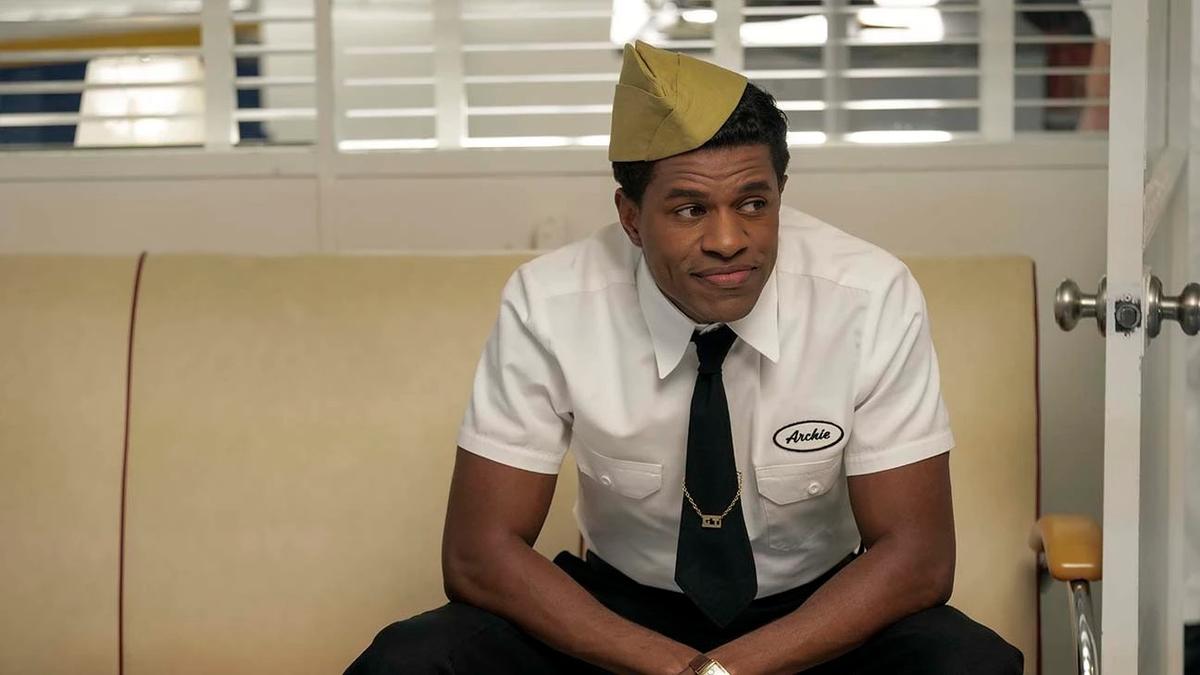 photo credit // netflix
In a recent interview, out actor Jeremy Pope discussed losing a role because of his sexuality.

Pope, 30, earned a Golden Globe nomination for his performance in The Inspection. The movie is based on writer and director Elegance Bratton's real-life experiences facing homophobia at home and in the Marines.

Pope is also known for playing a gay screenwriter in Netflix's Hollywood.

Speaking with Variety ahead of Tuesday's Golden Globe ceremony, Pope said that he was three days from beginning shooting on a major movie when the director let him go because he's gay.

"The short version is: I'd been given an opportunity to lead a studio film. And even though I didn't love the script, it meant something," he said. "But it was one of those things that would get me in the conversations, get me in front of directors and people at studios. As people know, that is currency and helps where the comma on your check goes and the opportunities you're given."

"But I got into an interesting conversation with the director where he basically said I didn't have the ability to connect with a female character because I was gay," Pope continued. "In the moment, I was negotiating how to defend myself. But at the end of the day, that spoke so much more to where he was at and his journey in life versus who I am or what I know I bring to a project."

"So I had to say 'eff that energy' because it's going to take too much from me. And literally in that same breath of knowing that don't serve me is when the phone rang and it was 'A24 wants to have this conversation about The Inspection,'" he said.