Khloe Coulee: The party girl who will turn everything upside down in the best way possible 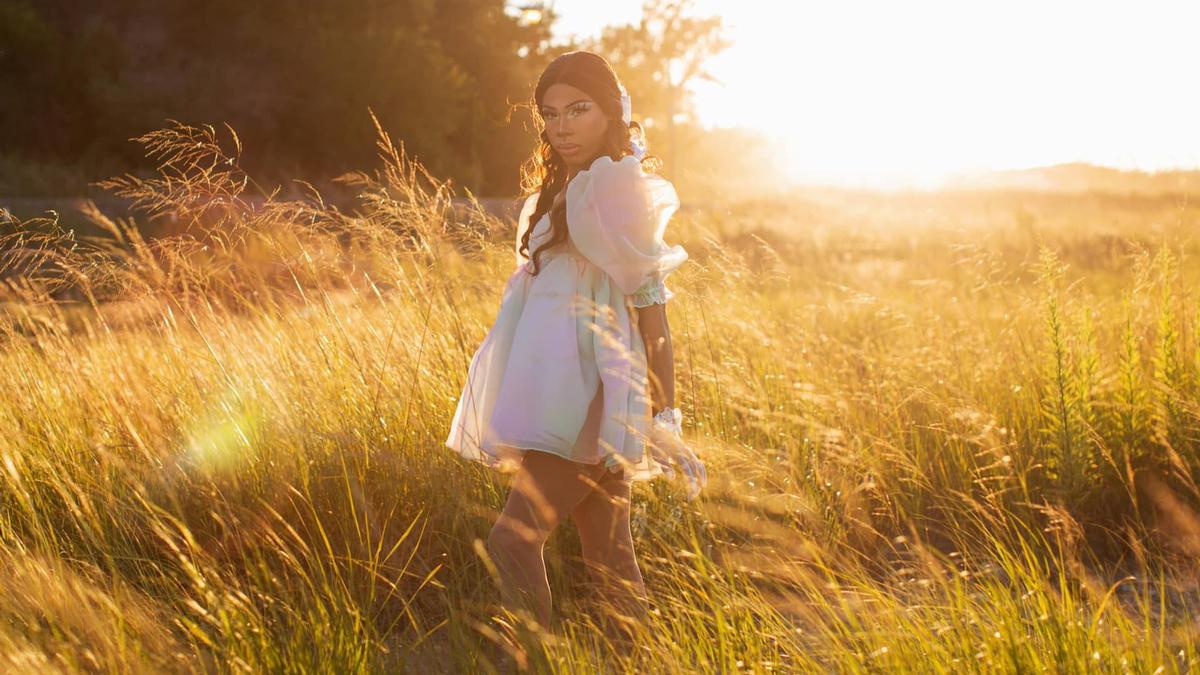 'The Chicago scene is my favorite because it’s such a mix of different styles existing at once,' says Couleé

Khloe Couleé started in the spotlight out as a young girl from Van Nays, California, best described as the “Karen of the popular girls table.” In time, Couleé grew up, matured and found her way into success, so she is now a starlet and socialite, the IT-girl of the city. Think, Instagram beauty guru with more of a personality.

She made her debut at Berlin Nightclub with nothing but a wig and a dream in 2017. Five years later, she is still in a wig and has bigger dreams … and is wearing Valentino pumps.

“Khloe is known as the party girl who will turn everything upside down in the best way possible, causing the most fun for not just herself but everyone around her,” Couleé said. “Her style is impeccable, even if she’s just in jeans or sweatpants. She’s a beast on stage which landed her the nickname, Combo Queen.”

“The Chicago (drag) scene is my favorite because it’s such a mix of different styles existing at once. I love that so much because it keeps things interesting and fun, and challenges you to step outside your creative box.”

Couleé has had quite a run, with so many memorable moments, including performances at Lollapalooza and Pride Fest, among others. She is, some may say, the Tinashe and Nicole Richie of drag.

“I’m mostly known to be a very strong-minded, dominate, no bullshit, but lovable person,” she said. “I’m really a big softie who just wants love. I’m a hopeless romantic and when it comes to that area of my life, it’s the only thing I have yet to unlock and explore. Of course, my friends and family see it, but not a lot of people get to see that loving side because I’m so picky about who I fully open my heart to.”

Bubble Pop! every Thursday at Hydrate is “the best shit-show you’ll ever witness,” she said, laughing. “I also call it a party instead of a show because Bubble Pop! is less centered around being a show and more about the overall experience. I drink, dance, play games, and even watch the performances with the people, so it feels more like a community. I work hard to make sure everyone feels not only included, but safe and comfortable to be whoever it is they want to be, no matter who you are or where you come from.

“Bubble Pop! is not just my party; it’s everyone’s party.

“Bubble Pop! is a no-holds-bar type of night. When you walk in, you never know what you’re going to get. I’ve walked on stage and sand Stickwitu from the Pussy Cat Dolls with a power drill in my hand. I’ve had celebs like Gottmik, Kandy Muse, Jonathan Bennett and Billy Eichner stop in. And the games I play during intermission are always random and fun. So, you will never know what will happen, or who will show up, but, the place to be Thursday at 9:30 p.m. is at Hydrate Nightclub."

Defining Moment: “It’s hard to choose just one, but, if I had to, I would say it’s completely un-drag related. It was the time I was checking in with my biological mother and she told me that I’m her greatest success story. She’s very up to date with my career, (so), to get her approval and acknowledgment on what I love doing and how hard I’ve been working, that truly is the best feeling in the world.”

Drag Goals: “I would like to (host) my own talk show. I’ve wanted that since I was a kid and won’t stop until I get it. I also want something else to my name besides a club party or show.”

In 5 Years: “I will look even more stunning, and the events I produce will be even more iconic. And hopefully I will be in love then, too. I’m a hopeless romantic and have yet to find my perfect match.”

Three Local Drag Queens To Watch: “Sativa Feliciano-Diamond and Angelíca Grace are two of the most sickening, up-and-coming girls on the scene right now, with major stage presence and such likable personalities. For the third, I’m going to break the rules and name one extra person, so the last two are Abhijeet and Jforpay. They are two of the most killer performers and artists on the planet and (they) taught me almost everything I know. You can’t mention Chicago drag without naming them. Period.”

Three Favorite Drag Queens: Shea Couleé, The Vixen, and Detox. “They are people who I look up to and have such close personal relationships with that I can also call (them) my family.”

Snacks: “If you ever come to one of my gigs, or want to get me a gift, please get me the DOTS gummies. I can’t go a week without having them, so please help feed my addiction and buy me more DOTS. Also, tip your host because they shouldn’t have to always perform for your money. Running a show is a lot of work, so get into the habit of tipping them.”