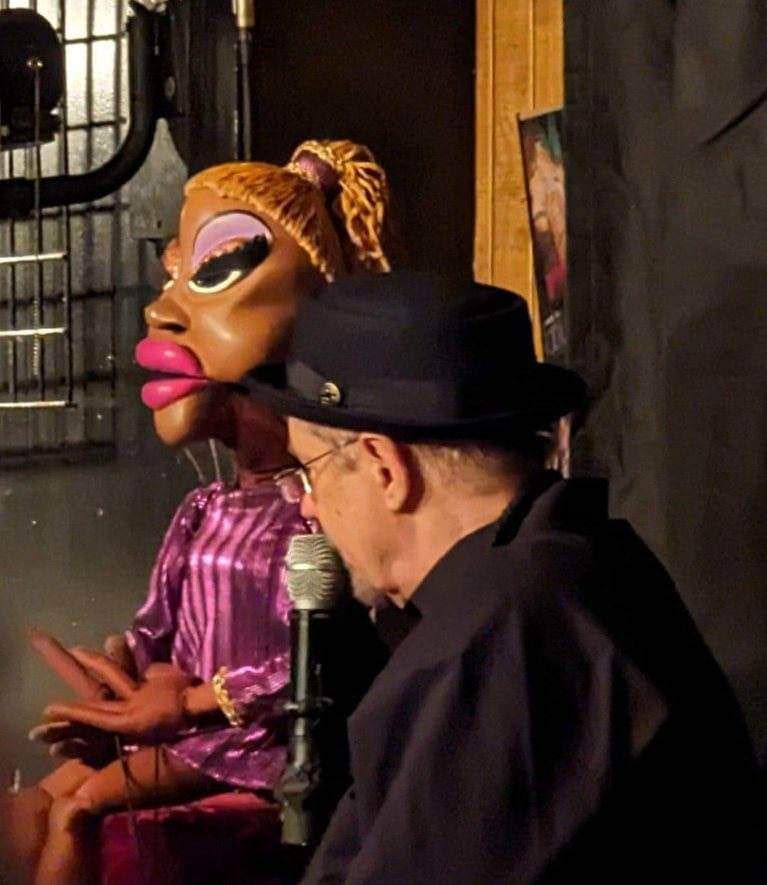 Last week, a puppet performance portraying a Black woman with exagerated features and speech, by a cisgender white man, led to the on-the-spot quitting of an employee, Chris Bleaux, and further walkouts by patrons. However, many others, mostly white male gay audience members, expressed enjoying the show and considered it "all in fun."

Three Mr. Chicago Leather (MCL) titleholders expressed their anger and pulled out of further work with the MCL program, a local competition affiliated with International Mr. Leather (IML) and sponsored by Touche.

ONYX Midwest, a regional affiliate of an organization of the same name, issued a statement addressing Touche having hosted a racist act by puppeteer Jerry Halliday.

They also condemned the "lack of response from the bar management not to recognize, comprehend, take responsibility, and act to intervene and stop this hurtful performance. The damage caused is beyond measure as a result of the lack of response."

ONYX also pointed a finger at patrons who expressed enjoyment of the performance, or "the complicity of the bar patrons in causing this damage when they sided with the performer when asked if the 'heckler' should leave the bar."

In the statement obtained by GoPride.com, ONYX outlined what accountability should look like in the wake of this event at Touche.

ONYX will effective immediately remove its flags and insignias (what it calls its "colors") from Touche. They will cease holding their monthly bar nights beginning this month, which would be a loss of business and dollars for the bar.

The organization of leathermen of color also will suspend Touche general manager David Boyer from his honorary membership from ONYX Midwest.

They expect him to "complete educational activities" if he should be welcomed back.

"ONYX Midwest will consider returning to host bar nights at Touche after management has fulfilled these requirements," the organization continued.

Touche must "establish and empower an event-review committee, made up of leadership from all groups that deem Touche as their home bar and a larger representation from ONYX on said committee, to review any and all events to be held at Touche."

Touche must "donate at least $3,000 to a people of color-focused charity that ONYX Midwest will name."

Touche must "terminate or accept resignation from David Boyer."

Touche must "commit to ensuring that David's replacement agrees to fight to maintain an environment that excludes racism, misogyny, transphobia, sexism, and avoids reinforcing stereotypes or discriminatory behavior."

The three MCL titleholders who expressed their anger at Touche after the racist event have noted being harassed and even threatened by supporters of Boyer.

"It's just a joke," a common argument for those who use microaggression to perpetuate racism, had been repeated in Facebook and Twitter comments in support of the puppet show.

They also called for community members not to target Touche, MIR, or even Leather Archives and Museum, which was to host the now-postponed town hall.