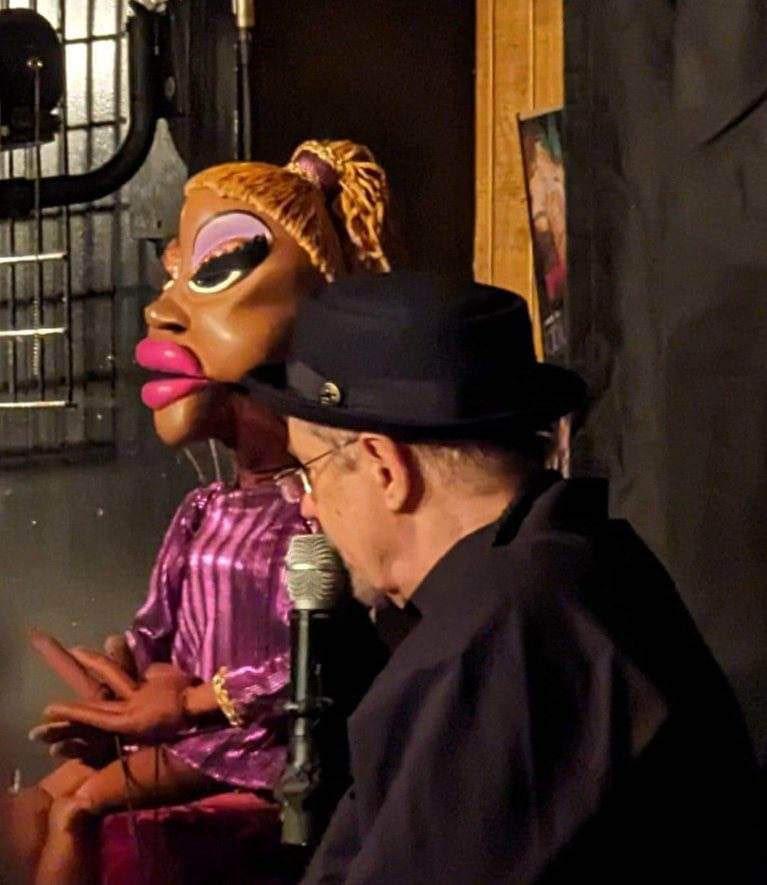 jerry halliday and his racist puppet

The controversial show was panned as racist and misogynistic, featuring an overly exaggerated caracature puppet of a stereotyped Black woman. It was videotaped by patrons after the bar owner asked the audience not to record the show on personal devices.

The puppetry and venue was immediately excoriated by prominent members of the LGBTQ leather community who once viewed Touche as a symbolic home.

A bartender was commended by fans for quitting on the spot.

Cris Bleaux said, "I just walked out of my job. I've never done this before but I left my keys mid-shift and walked the fuck out."

Mr. International Rubber issued a statement of the steps it would take in the wake of the Touche incident.

"Members of the MIR Board and leadership were not present for this event, but we were made aware of it this morning," the organization said.

It announced they will immediately cancel their Thursday and Saturday night events originally planned for Touche from the extended weekend's festivities.

"We are currently working on replacement events for our schedule."

The organization noted that it is disturbed that the racist and misogynistic event happened at Chicago's longest running leather bar.

"This can become a learning and growth experience for the bar, the management, and the staff," they continued.

"MIR remains commited to producing an event weekend free from harassment, racism, misogyny, ableism, sizeism, and ageism, where all rubberists and kinksters are welcome and made to feel comfortable as their authentic selves."

David Boyer, manager of Touche, issued a statement to GoPride.com before the MIR announcement.

"Touche will continue to upgrade our awareness of and responses to racism, sexism, and transphobia. We are currently exploring ways to address the harm that was caused," Boyer said.