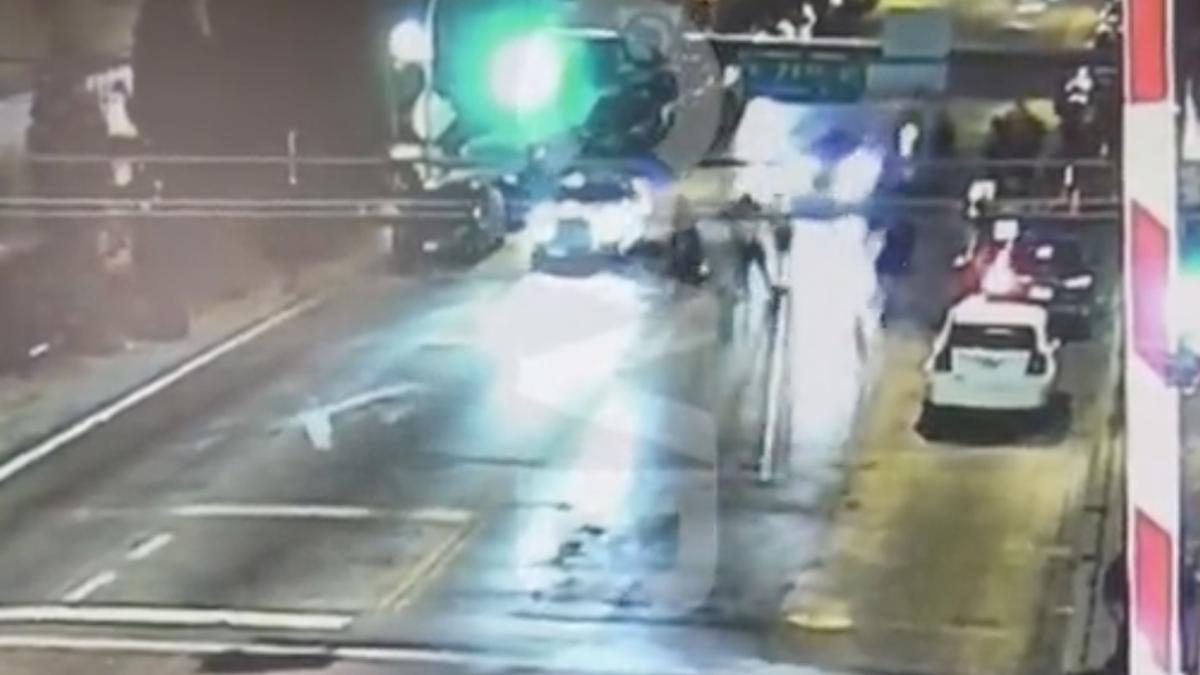 scene of the apparently intentional crash

Chicago police confirmed that a high speed hit-and-run that killed three men outside one of the city’s longest-running LGBTQ bars on Sunday morning appears to be an intentional attack.

A horrifying video of the accident obtained by CWBChicago showed the driver of a silver sedan speeding down 7700 S. Jeffery Blvd. and striking the men so hard that several bodies flew into the air.

The apparent attack occurred outside The Jeffery Pub at 7041 S. Jeffery Blvd., but police said they can’t tell whether it was a hate crime.

“It appears to be intentional,” Chief of Detectives Brendan Deenihan told reporters Monday. “We don’t have any evidence to support that somebody was trying to harm these individuals based because of their race, religion, etc. That can change once we get more witnesses and a suspect in.”

Deenihan said the hit-and-run seemed to be linked to a disturbance that began inside Jeffery Pub.

Based on police dispatch records, CWBChicago has exclusively reported that around 4:35 a.m. Sunday a caller told Chicago 911 operators that a man had just threatened people inside the Jeffery Pub and walked out, saying he was going to his car to get a gun.

Officers were never dispatched to handle that 911 call due to staffing issues in the 3rd District, according to CWBChicago.

GoPride.com has not independently confirmed those details. It’s not yet known if the two incidents are related.

Dispatch records also indicate that it took the police at least 20 minutes after the 5:03 a.m. 911 call to arrive at the scene of the hit-and-run, according to CWBChicago.

Police confirmed the car used in the attack was recovered just a few blocks from Jeffery Pub on Sunday morning. No one is in custody.

Detectives are asking for help from witnesses.

“There are a lot of people that were inside the bar prior to this occurring and we definitely believe that there’s individuals who actually want to give us that information to name the suspect,” said Deenihan.