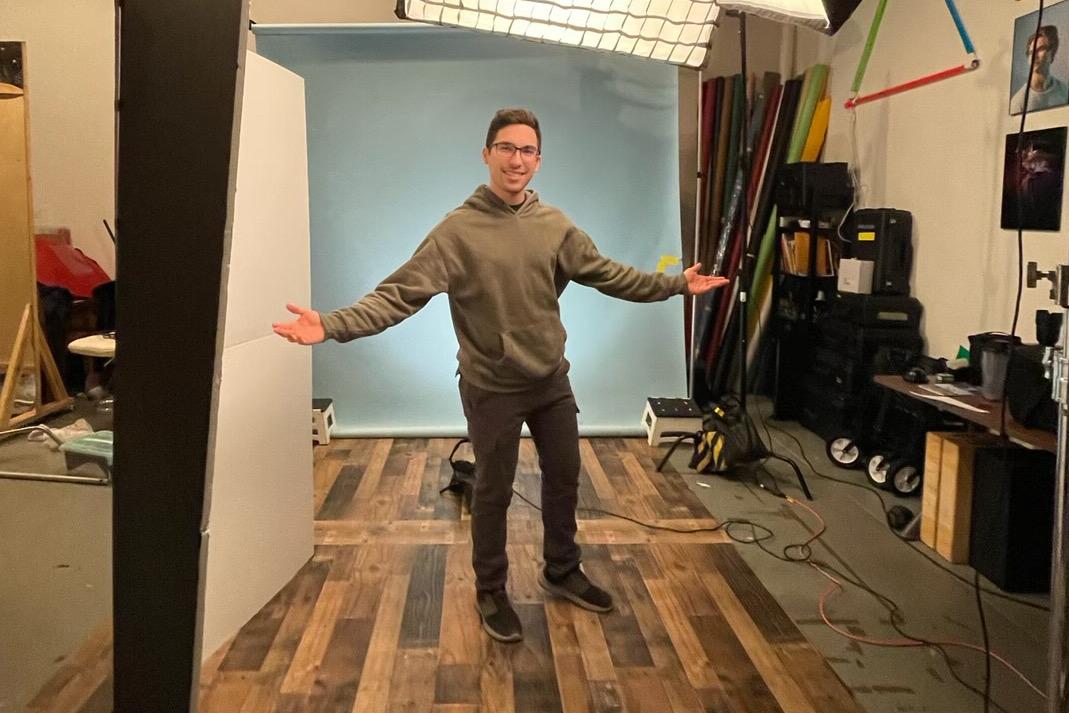 ‘Steven brings so much energy and a keen eye for stunning photography and video to every event or project we are working on,’ says CircuitMOM

Growing up, Steven Koch was always taking pictures, be it with his mom’s point-and-shoot camera or better cameras that his dad had. He’d photograph animals, the outdoors, and more.

Then, as a 15-year-old student at York High School in suburban Elmhurst, he was photographing the school’s famed cross-country team and the pictures were shared on social media for his teammates and classmates.

Next, along came ESPN Rise, a former high school-focused magazine from the sports and entertainment giant. ESPN asked to used Koch’s photos.

“I was ecstatic; it was a legitimizer (for my photography),” Koch said.

Now 27, Koch still captures moments in time with his two Sony cameras – and his handy work is as popular and sought-after as ever.

“Steven brings so much energy and a keen eye for stunning photography and video to every event or project we are working on. Whether he’s capturing our sold-out shows at The Aragon Ballroom for (Northalsted) Market Days or the not-so-subtle in-studio photoshoots for myself or the countless other drag queens who come for his mesmerizing photography skills.

“I mean, if he can make CircuitMOM look like a Vogue cover model, you know he is very gifted.”

Koch’s camera work follows the flash that his dad made. Bob Koch was long a professional photographer who also has worked in the magic industry; he now works as an illusion designer.

The younger Koch has taken from both those fields.

“I attribute a lot of my talent (with a camera) to my dad,” Koch said. “Plus, he was very supportive of me pursuing a career as an artist as opposed to a more stable job.”

Though Koch was around photography for years, he admitted that “it never really dawned on me that it was going to be a lifelong career.” His parents, Bob and Gloria, wanted him to go to college, get a business-related job and work 9-to-5.

Koch did go to college for a few years, for marketing.

But his photography has skyrocketed.

“Photography was a real nice avenue for me,” Koch said. “I have long been an entrepreneur. I shoveled snow, mowed lawns, and owned a landscaping business. I was always a go-getter. I love the quote, ‘If you’re good at something, never do it for free.’ That fueled my entrepreneur mindset.”

And pushed his photography.

While still in high school, local parents asked if he could photograph different things for them. It was extra income for Koch, who also then worked at a restaurant.

“Everything always came back to an unyielding love for photography. No matter how many times I strayed away, I always kept coming back,” he said.

In his early-20s, Koch stayed busy photographing nightclub and community events, galas, fundraisers, and more for GoPride.com, Northalsted Business Alliance and a number of other organizations and businesses.

That’s also when he first met Harvat – and his partnership with CircuitMOM started quickly leading to, he said, one of his biggest breaks from behind the camera, and out of his parent’s living room, where he had been set up.

Also during the pandemic, Season 12 of RuPaul’s Drag Race aired, featuring Jaida Essence Hall, of Chicago. Koch photographed Hall during the show, and the photo when Hall won, went viral.

“Working with others who are just as willing to try crazy, wild, new things, as I am, it opens the door to a lot of photographic potential and art that people can really enjoy.”

Koch’s photography is not bound by a set style. He often lets light guide his photos.

“Pleasing the queens is not as challenging as you many think," said Koch, whose photography is “creating art that can be looked at for an extended period of time."

One of the queens most photographed by Koch is Chicagoan Miss Toto.

Dozens of others have posed for perfection from Koch, a number he hopes to grow.

“I can see where I’ve come from and really enjoy where I’m at now,” he said. “From time to time I run into people from my past and they say, ‘Oh, you’ve never stopped (photography).’”

No, it’s his passion and his profession.

“Once I put my mind to it, I never stop – and look how far it’s gotten,” said Koch, who admitted he wouldn’t mind photographing a high school cross-country meet once more: “for nostalgia.”

Koch is a member of the Professional Photographers of America and one of eight ambassadors across America for Paul C. Buff, Inc., a Nashville-based lighting company. He enjoys passing knowledge on to the next generation and has hosted many photography workshops, especially for young photographers.

“Knowledge is meant to be shared,” said Koch who, during every photo-shoot, strives to make it a fun, entertaining experience.

No wonder the drag community is captured on Koch’s camera skill.

GoPride.com will launch a new photo-centric column to spotlight some of Chicago's most talented, unique and diverse personalities, such as drag queens and kings, bartenders, DJs and more. Watch for Oh, Snap! launching in mid-August, featuring the photography of Steven Koch and stories from local journalist Ross Forman. If you'd like to be featured, please contact the editor.