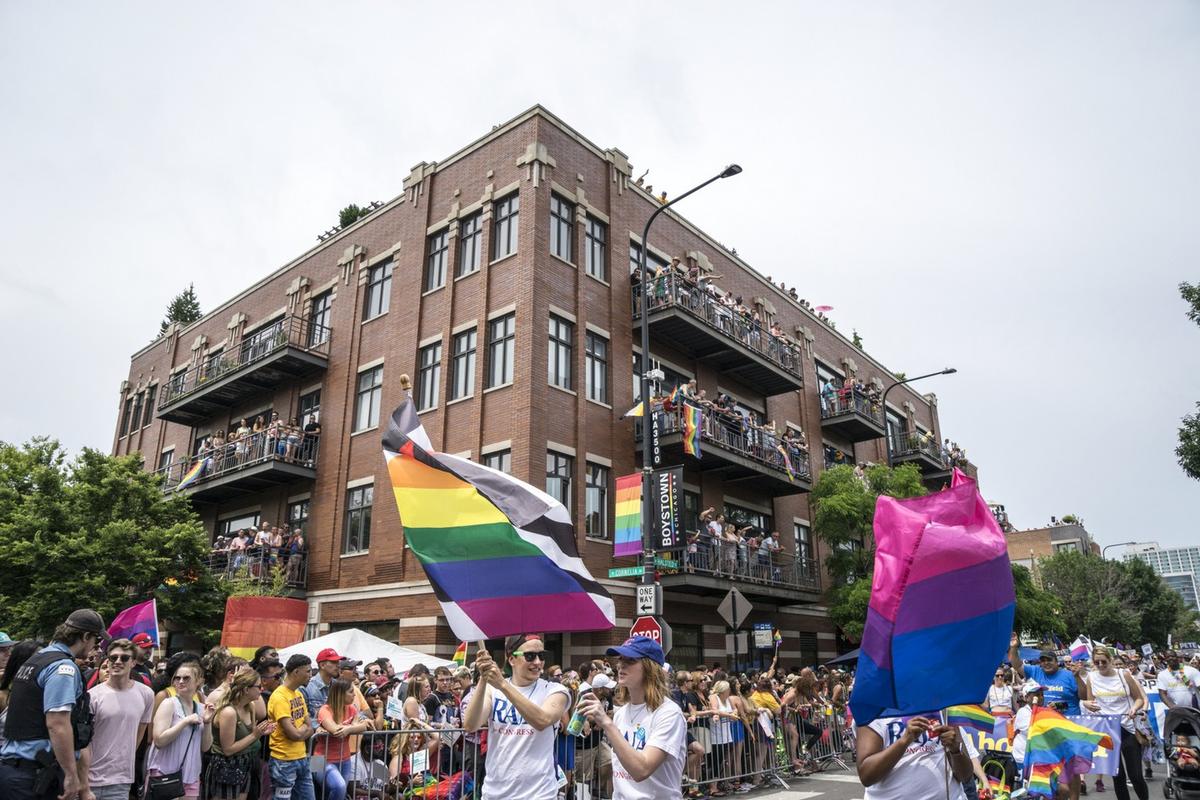 over one million people are expected to celebrate pride 2022

photo credit // clinton bigelow
After a two-year hiatus due to the coronavirus pandemic, the Chicago Pride Parade is back this Sunday, and is expected to be bigger than ever.

“I strongly believe that after a two-year hiatus, this Pride Parade will be the largest in Chicago history,” said 44th Ward Ald. Tom Tunney.

City officials expect the parade to be bigger than ever with over a million people expected at the celebration in the Lakeview and Uptown neighborhoods, including the LGBTQ enclave popularly known as 'Boystown.'

Planning to attend? Here's everything you need to know.

LESS ALCOHOL, MORE SECURITY: Security will be tight again this year. Open container rules will continue to be strictly enforced, with 170 private security workers patrolling the parade and police on every corner. Penalties include, but are not limited to, $1000+ tickets being issued, and you could have to throw out your booze.

STREET CLOSURES: Street closures should start at 8 a.m. for staging areas, with parade route closures beginning at 9:30 a.m. or as the crowd dictates for safety issues. Closures include Montrose, Irving Park and Wellington at Broadway, as well as Addison, Grace and Roscoe at Halsted. Streets should reopen by 8 p.m., or when deemed safe to do so.

TRANSPORTATION: Public transportation is highly recommended. The CTA will be providing extra service and longer trains on the L, and several buses will be re-routed on parade day. Bicycles will not be permitted on CTA trains for most of the day, and strollers and carts must be folded before boarding all CTA buses and trains.

The nearest L stops are: Wilson, Sheridan, Addison or Belmont on the Red Line and Southport, Belmont, Wellington, or Diversey on the Brown Line. Bus lines are 8, 22, 36, 80, or 152.

The CTA encourages riders to avoid the Belmont station, which will likely be crowded.

Metra will provide extra trains on the BNSF, UP North, UP Northwest and UP West Lines. Other lines that operate on Sundays will offer extra seating capacity.

PARKING: There won't be much street parking available near the assembly or parade routes, so if you're driving be prepared to park outside of the immediate area. Watch for temporary no parking signs.

WEATHER: Sunday's forecast calls for sunny skies with a high temperature around 80 degrees, according to the National Weather Service.

BEST VIEWING: The Belmont and Addison stations (and the surrounding area) tend to become the most crowded, so you are encouraged to consider watching the parade from the other parts of the route, including areas toward the start of the route—such as Broadway, south of Montrose—which are served by both the nearby Wilson and Sheridan stations on the Red Line.

NEEDS AND SPECIAL NEEDS: Portable restrooms will be stationed along both the parade line-up street and the parade route. For seniors or those who need wheelchair accessible sites, head near 600 W. Diversey. It's towards the end of the parade route and typically is less crowded than other streets. Many arrive early to set up chairs and claim their spots. This area also has bathrooms for those with special needs.

HISTORY: Pride Parades commemorate the Stonewall rebellion that took place on June 28,1969, when patrons of a New York City gay bar, the Stonewall Inn, fought back during a raid by police. At that time, gay bars were frequently raided across the country. That night, patrons fought back and street demonstrations continued for several days. During that week, gay liberation groups were formed, thus giving birth to the modern-day LGBTQ+ rights movement.

Pride Parades are staged in over 200+ cities worldwide in more than 125+ cities in the United States with at least 12 taking place on the last weekend in June every year. In recent years, many are staged in small towns across the country and recently in various suburbs of Chicago, including Buffalo Grove and Aurora, Illinois.