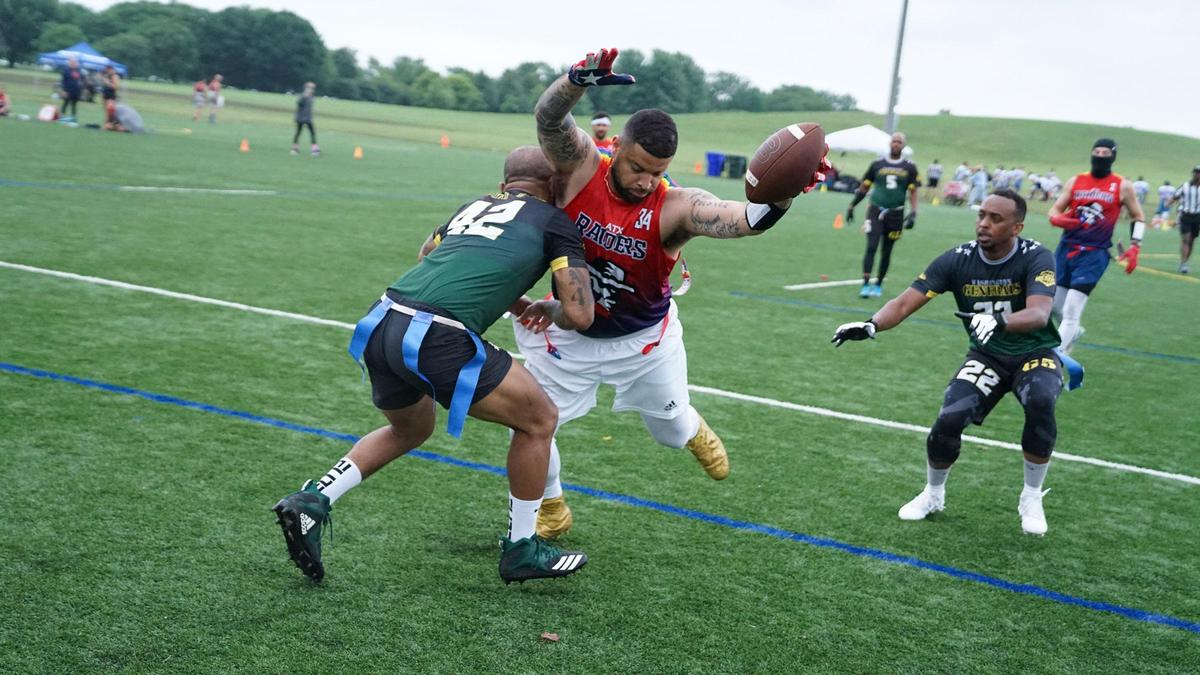 Tournament awards ceremony to take place at Pride In the Park on Saturday, June 25

A record 700 flag football players, along with at least 50 player guests and 40 referees, will participate in the 14th annual Pride Bowl, a 2-day tournament on Friday and Saturday, June 24-25 at Montrose Beach – Cricket Hill fields, along the lakefront in Chicago.

Presented by the Chicago Metropolitan Sports Association (CMSA), the tournament features 28 teams from across the U.S. in the Open Division and 12 in the Women's Division – and 6 champions will be crowned.

Seven Chicago teams will be playing, hoping to end Chicago's championship drought as no local team has won its division since 2014.

“We are thrilled not just with the support we receive from CMSA, but also some of our new partnerships,” said Matt Herek, tournament director. “Our awards ceremony will take place at Pride In The Park (on Saturday) prior to The Chainsmokers taking the stage. In addition, brands like Tito's Vodka and Lululemon have partnered with us.” Tito's is donating $12,000 to an LGBT charity – $2,000 on behalf of all 6 championship teams.

“My personal excitement for the event is amplified by some of the new leaders who are helping us produce the event, such as Brian Golden, Sam Pinter, Jeff Griffin, Nancy Hitt, and Xavier Colvin, (all of whom) have stepped up to help myself and Shawn Albritton make this tournament happen.”

Herek, 45, is marking his 11th Pride Bowl this year. He has been the director since 2014. Prior to that he was the assistant director and an on-field official.”

He also serves as the “Minister of Culture” for the Chicago Thunder team. “All that (title) means is, I work with team captains Brian Golden and Sam Pinter to make sure that the energy stays positive and we put everyone in position to succeed.”

The Pride Bowl was, of course, silenced in 2020 due to the COVID-19 pandemic. Last summer, the event was impacted by Mother Nature as inclement weather on the second day of the tournament forced the cancelation of bracket play before champions could be crowned.

Pride Bowl is, without question, “one of the most diverse events for the LGBT community in the country,” Herek said. “By race, gender and age, you see people gathering for this event who may not otherwise interact at other Pride festivities.”

The Opening Ceremony is slated for Thursday, June 23 at Sidetrack.

The open division will feature 28 teams with 4 champions ultimately crowned. There will be 2 women's division champions from its 12 teams. Overall, 94 games will be played with visiting teams from Boston, Washington D.C., Denver, Houston, Austin, Miami, New York, Los Angeles and elsewhere.

“It's highly competitive,” play, Herek said. “People are investing their time and energy in this … and they want to win.”

Nancy Hitt has been spearheading the women's division with a focus on the player experience. “She has a wealth of knowledge about the teams that are participating and has worked incredibly hard to make sure that we include their perspective in our planning,” Herek said.

Favorite to claim championships this year include the Washington (D.C) Generals, Austin Alliance, Denver Summit Gold and the Chicago Vortex in the open division. On the women's slate, the Mile High Club and the DC Senators are favorites.

So, how will Chicago teams do?

Here's a look at the Chicago teams participating in this year's Pride Bowl: