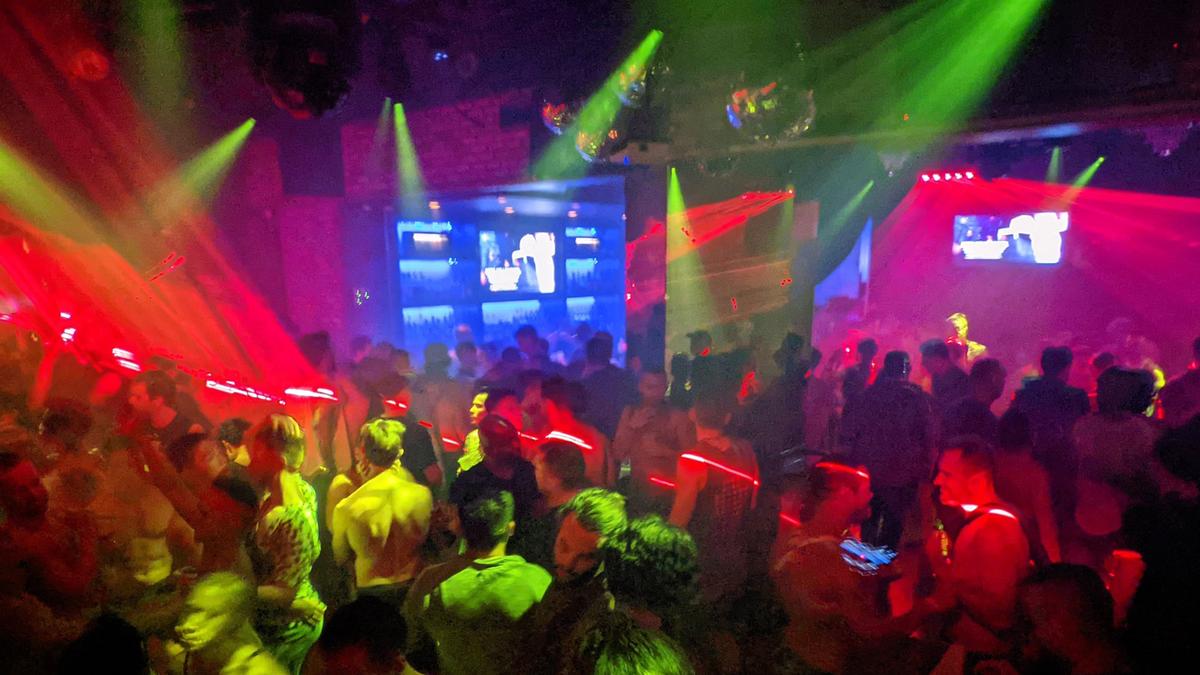 The legacy of Hydrate Nightclub in Lakeview – roaring as one of the best, most popular circuit music escapes in Chicago, the Midwest and arguably the nation – has its roots at a dinner party 20 years ago, hosted by Mark Liberson, with such music icons as Frankie Knuckles and Ralphi Rosario.

At the time, DJs were “in the sky” above the crowds, Liberson said, “and LGBTQ clubs were not always known for having the best sound.”

Knuckles and Rosario pushed Liberson to design a new Chicago club in the former spot that housed Manhole. The two insisted that Liberson bring the DJ to the dance floor level, thus they could feel the energy of the people on the dancefloor and be a part of their experience.

“Ultimately, we settled on the concept of creating Hydrate Nightclub as an intense small music box that would feature the best sound, (with) DJs up close to the people, incredible lighting and having it all be very personal because of it being a small nightclub experience,” Liberson said.

Both Knuckles and Rosario showcased their sound as DJs at Hydrate, with Rosario helping launch Hydrate's opening.

“Since then, we have worked hard to earn the respect of our guests and the incredible lineup of DJs from around the world who have joined us by maintaining a great sound system and experience,” Liberson said. “Now, as we head into our 20th year and after the relief of having survived the pandemic, we decided it was time to start over in time for Pride 2022.”

Hydrate is doing a complete custom redesign of its sound, with Funktion One Sound guiding the way “because of the legendary club sound experience they create,” Liberson said.

Hydrate is doing a complete upgrade to its DJ equipment to the best available and moving head lights and lasers for the dance floor.

“Our hope is to honor the tradition of the intense music box that was first imagined nearly 20 years ago,” Liberson said.

Hydrate will close from June 6-10 for the redesign, with new speakers, processing, amplification and more – all engineered specifically for the space.

“We opened nearly 20 years ago and while we have continued to upgrade and maintain our system, we decided that if we wanted to have the best sound available that we needed to start over with a clean slate rather than continuing to upgrade what we have in place right now,” Liberson said.

Liberson would not say how much is being spent on the renovation, but noted, “Funktion One Sound is one of the best systems available … it will be worth every dollar we spent.”

Hydrate will unveil its new sound on June 10 with the launch of its new monthly event, “Bring the Beat In,” hosted by Angelíca Grace, winner of the Couleé Sisters' Freshman 15 Competition at Hydrate. Doors will open at 8 p.m., with a preview party, then the event begins at 9 p.m., with a show at 10 p.m., including Khloe Couleé, Sasha Love and others. Special guest DJs include Saint and Small World Collective with the party going till 4 a.m.

“We look forward to guests enjoying the best new club sound available, (plus) new upgraded lighting, lasers and more,” Liberson said. “While DJs have always told us how much they love playing at Hydrate and appreciate our sound system, this will take the experience to a new level. We have an amazing lineup of DJs from around the world scheduled through the end of the year and cannot wait for them to experience our new sound.

“Guests will immediately notice the difference. This is an amazing sound system by the best club sound designers.”