Pride Month returns with rainbow of events, including Chicago's parade and festival 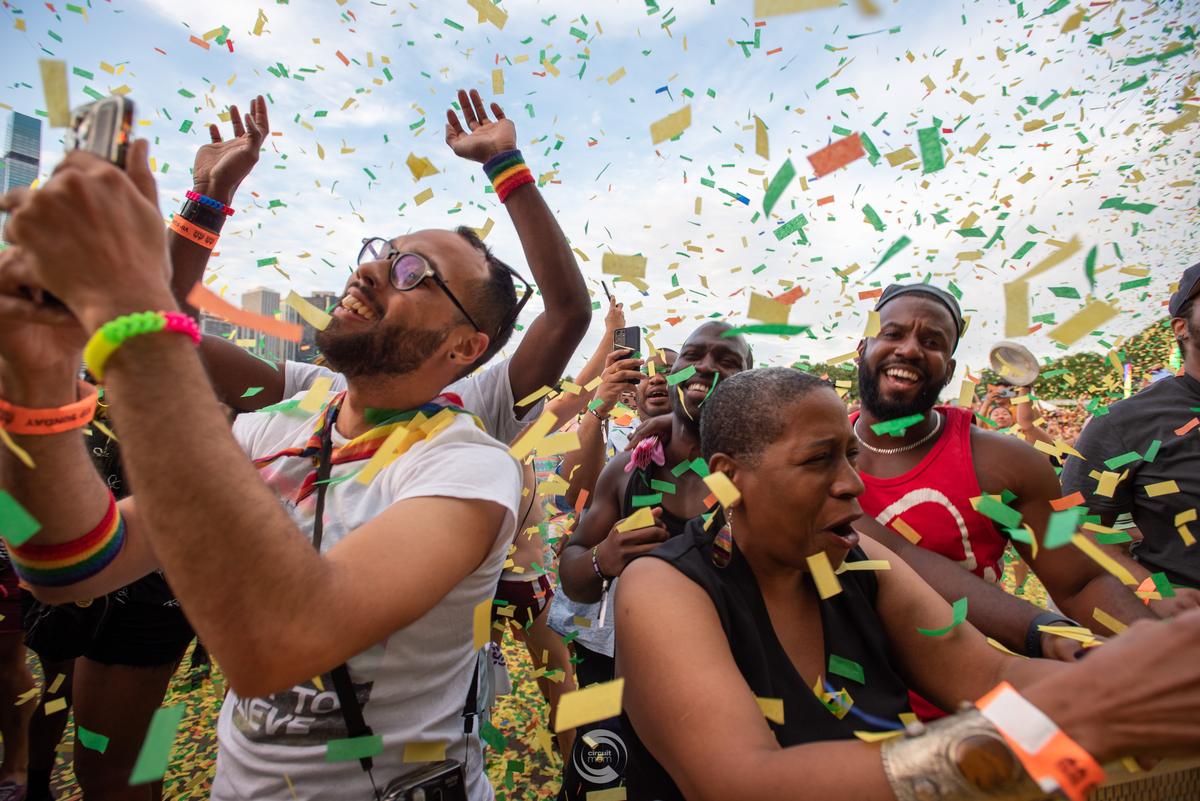 2022 pride in the park chicago

As the calendar rolls into June, the sea of rainbows will be everywhere ... it's Pride Month, which caps off in Chicago on Sunday, June 26, with the 51st annual Pride Parade.

The 2022 parade will be the city's first since 2019 after the pandemic canceled the event in 2020 and 2021, and it also will be the first Chicago Pride Parade since the death of Richard Pfeiffer in October 2019. Pfeiffer served as the coordinator of the Chicago Pride Parade for decades. He was 70 when he died and had battled cancer for about two years, his longtime husband, Tim Frye, told GoPride.com.

Fyre has stepped in to run the 2022 parade, which starts in Chicago's Uptown neighborhood, passes through Lakeview and the area commonly called Boystown and ultimately ends near the intersection of Diversey Parkway and Sheridan Road in Lincoln Park.

“It is so exciting that the Pride Parade is returning,” said Mark Liberson, owner of three of Chicago's most popular LGBT bars: Replay, Hydrate Nightclub and Elixir. “I've been speaking with Tim about the plans for this year, and it will be an exciting return that highlights those who have worked to secure our rights and reminds us of the need to protect them for the future.”

Chicago's Pride celebration also features the annual Chicago Pride Fest, set for June 18-19, and this year's event also will be addressing the history of Pride at the festival and “hopefully reminding people that in addition to celebrating what we have accomplished that now more than ever we need to return to the activist roots of Pride to protect the rights we currently enjoy,” said Liberson, who is the chairperson for Pride Fest and Northalsted Market Days in early-August.

Pride Fest – with hours of live music, world-renowned DJs, entertaining drag queens and cold beverages served in red Solo cups – will for the first time feature a Youth Pride Celebration (off The Broadway entrance on Waveland) on Saturday from noon to 6 p.m. for those ages 13 to 18. Plus, Liberson confirmed Pride Fest will be honoring Juneteenth on Sunday, June 19 from the stages and as part of Peach Presents curation of the south stage.

Pride Month is held every June in honor of the Stonewall Uprising of 1969, which was the tipping point that inspired the gay rights movement across the country and around the world.

Pride Month 2022: parade, festival and other events to celebrate

The BG Pride Parade is set for its second rainbow-filled trek through northwest suburban Buffalo Grove on Sunday, June 5, after the COVID-19 pandemic turned the parade into a Pride Drive for the past two years. Organizers told GoPride.com that they are “beyond thrilled” for another parade, a follow-up to the inaugural BG Pride Parade in 2019.

Chicago Pride Fest is returning to the Northalsted neighborhood in 2022. The annual festival was canceled in 2020 and moved to October in 2021 due to the pandemic. Alaska Thunderf*ck, Dorian Electra, CupcakKe, Eurovision winner Netta, The Aces, and “Queen of the Universe” winner Grag Queen are among this year's headliners. The street fest's attendance is upwards of 60,000 visitors and is organized by Northalsted Business Alliance.

Proud to Run is back in 2022. FrontRunners Chicago is proud to hit the ground running with the annual race on Saturday, June 25. Proud to Run donates 100% of proceeds from each year's race to Chicago-area non-profit organizations. Brave Space Alliance and the Youth Empowerment Performance Project (YEPP) are this year's beneficiaries. Runners can register online.

Pride North returns to the Rogers Park neighborhood, featuring DJs and live entertainment across two stages on Saturday, June 25 and Sunday, June 26. The free fest is located on Glenwood Avenue between Morse and Lunt, just off the Morse Red Line stop. The festival draws almost 10,000 attendees to The Glenwood Avenue Arts Corridor.

The 51st annual Chicago Pride Parade will return after a two-year hiatus. The parade will step off at noon on Sunday, June 26 from Montrose and Broadway in Uptown and will then travel the traditional 21-block parade route before it ends near Diversey and Sheridan in Lincoln Park. This year's parade will be dedicated to the memory of Richard William Pfeiffer, coordinator of the annual Chicago Pride Parade since 1974. He died Oct. 6, 2019, at the age of 70.

There are even more events all month long to celebrate Pride Month. Chicago's LGBTQ calendar is on GoPride.com.