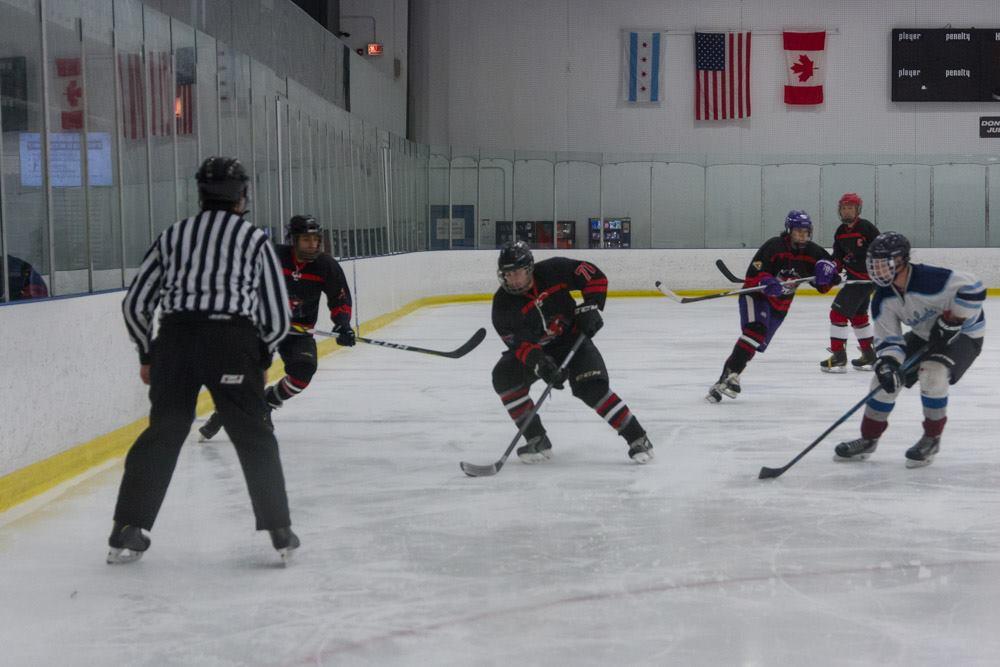 All games will be played at Fifth Third Arena, the Chicago Blackhawks Community Ice Rink, located at 1801 W. Jackson Blvd.

The inaugural Market Days Classic was held in 2011 with games played at the Heartland Ice Arena in Lincolnwood. In 2015, the hockey tournament was played at McFetridge Ice Arena in Chicago.

“This (year's) tournament will be bigger and should be better,” than the first two, said Gina Malizio, 40, a member of the CGHA board and skater for CGHA for eight years. She is an emergency veterinary technician off the ice.

The CGHA, celebrating its 20th year since the club was founded in 2002 by former Chicago resident Chuck Jacobson, now fields two teams that play in local leagues.

Players range in age from 20 to 60, with all orientations and gender identities represented, Malizio said. The CGHA has two teams playing at Johnny's Ice House in Chicago, one in the recreational division and the other is competitive.

The club also has a team in the Chicago Outdoor Hockey League, based in Niles, which ended a few weeks ago. The CGHA lost in its championship game.

“In 2019, both of our teams at Johnny's Ice House won their division championship,” Malizio said. “We also managed to host weekly skates throughout the pandemic, as long as Johnny's was open.”

Michael Ko, who has skated for the CGHA for 20 years, recently played his last game for the club as he is moving to Denver.

The Chicago Blackhawks will hold their annual Pride Night on Tuesday, April 12, against the Los Angeles Kings at the United Center, starting at 7:30 p.m.

“We are thrilled to be welcomed back by the Blackhawks for (their) Pride Night,” Malizio said. “They have always been supportive and helpful to our team; we are so appreciative for their endless support. Our last Pride Night two years ago was a complete success and gave us memories to last a lifetime. We played on the United Center ice while our families watched. Afterwards, we were invited on a tour of the locker room and were able to attend the (Blackhawks) Pride Night game the following day. This was almost two years ago and was right before (the pandemic) started. Right now, we are just happy to be back on the ice participating in this event again.”

The CGHA will have an information table on the concourse level at the United Center during the Blackhawks' Pride Night festivities to discuss the CGHA, recruit players and more.

“It means a lot to our community to have an organization like the Blackhawks support us. They have been a major influence on Chicagoland hockey, so having them support us is great for our team and the LGTBQ+ community,” she said.

Malizio confirmed that the CGHA will be in the upcoming Chicago Pride Parade in June and partner again with the Blackhawks.

“We have some exciting things on the horizon, (including) a documentary that will feature members of our team (who) discuss the various ways we navigated playing hockey from youth to now,” she said. “Also, last spring one of our own teammates, Anthony Nguyen, focused on our team in the Chicago Hockey Diversity Project, which was a project to shed light and celebrate the diversity within the hockey community.”

For more information on the Chicago Hockey Diversity Project, go to: anguyen43.com/chicago-gay-hockey-association

For more about the Market Days Classic, go to: marketdaysclassic.com