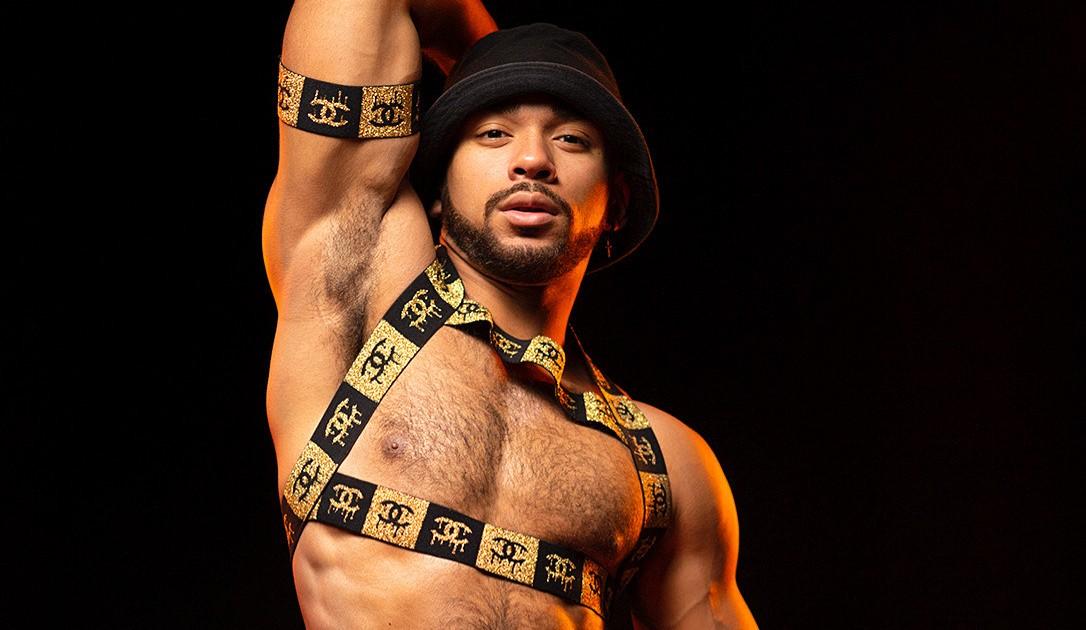 'I appreciate the diversity and inclusivity that is emerging within the scene, which celebrates all looks, body types, races, and gender expressions,' says Mark Stephan

An accomplished cheerleader in high school who continued in the field after graduating from a northwest suburban school, Mark Stephan is now giving back as the cheerleading head coach at his alma mater.

Stephan was recognized as a Mid-Suburban League High School Champion, sectional champion multiple times and he placed Top 7 at the Cheerleading World Championship, among other athletic accolades from various cheerleading and gymnastics competitions.

He then was an All-Star Competitive Cheerleader after graduating from high school – and he graduated with high honors.

“Cheerleading gave me the freedom to express my individuality,” said Stephan, now 24. “This is the place where I am around people who understand, respect, and value me. I did not get that anywhere, especially in the hallways of my high school or in my own home. It was beautiful working with such talented athletes who push each other.

“Cheerleading practice was my favorite memory. If it weren't for practice, I would not have gone to school. Practice was my safe haven. It is the place where I could work to be better. Also, each new skill that I learned serves as a great memory since I'm able to use them now.”

Stephan, who works as a nursing home facility director, is from the Philippines and has lived in the U.S. since he was 7. He moved to Chicago during the summer of 2017.

“After graduating from high school and finishing my cheerleading all-star career at age 19, I felt my journey as a cheerleader was not done. I choreographed routines for a few years before landing the position of cheerleading head coach at my alma mater. I wanted to do more and inspire other athletes to be their authentic self. I want to provide a safe place for kids where they can be who they want to be.

“It has been a great and humbling experience (coaching at the high school level), but it has also been tiring. I accepted my coaching position the same summer I started working as a go-go dancer at Hydrate Nightclub. It had been tough due to the 3-hour drive after my day-job during the week. But it is such an amazing feeling being there for the kids who want to pursue cheerleading.”

Stephan said his coaching highlight to date is simple: “Being there for my athletes the same way my coaches were there for me when I was a cheerleader."

He added, “It has been an amazing experience as (a cheer coach because) I love every one of the athletes who I coach. I will continue coaching cheerleading if I can because it brings joy to my life.”

He also will continue dancing locally, which he started at Market Days 2018 – and fulfilled a dream in the process.

“I dreamt of being one of the dancers on stage because it reminded me of my cheerleading roots,” he said. “I was told many times that I will never dance in Chicago because I didn't have 'the look' - whatever that means. I appreciate the diversity and inclusivity that is emerging within the scene, which celebrates all looks, body types, races, and gender expressions. I've enjoyed dancing because I am a performer and it's given me an opportunity to connect with our community.”

Stephan has been dancing at Hydrate since this past April, a 2021 featured highlight of his go-go dancing career. “Dancing next to amazing dancers from across the globe was a dream come true,” he said. “Being able to work and have fun in my hometown is the best part of dancing at the local clubs. Go-go dancing is not about the money; it is about the experience.”

His dancing has landed him on stage in New York City, Los Angeles and elsewhere.

“I was bullied throughout high school because of my sexuality and broken family. I grew up with no parents, only my grandmother raising me the best she could,” Stephan said. “The kids who were my age thought my family structure was weird and bullied me because of it. There were moments I would eat lunch in the bathroom stall to hide from the kids so they wouldn't attack me. I still face bullying and discrimination as an adult. I'm biracial: my dad is Black and my Mom is Asian. I'm often ridiculed for never being enough, never Asian enough or never black enough. Bullying is frustrating at any age. This is why it is so important to know who you are and embrace your own individuality, so you are enough for you.”

When asked what advice he'd offer to others, Stephan said he had to borrow words from RuPaul: “If they aren't paying your bills, pay them no mind.”

So, Stephan is still, even today, battling to overcome bullying, he said. “Embracing myself and pursuing things that make me happy helps me rise above the noise,” he said. “Performing has been an outlet to express myself. The way to overcome bullying is to let your light shine bright, not dim it. So, I'm working on being more myself, no matter what anyone thinks.”

Stephan added: “Know that you matter, and you don't need to change to meet other people's standards. This is your life to live, so be all of you.”