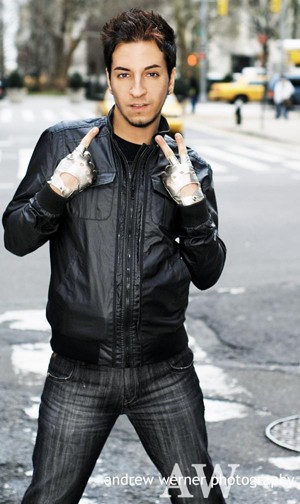 Market Days runs today from 11am to 10pm

The street festival opened Saturday morning with sunshine and mild temperatures throughout the day. Partly cloudy skies with a slight chance of morning showers and a high near 90 degrees is forecast for today by The Weather Channel.

In addition to the beautiful summer weather, non-stop music, an eclectic mix of over 400 vendors and diversity galore are all guaranteed to be in the mix today.

"I'm ready to turn all of North Halsted into a giant VIP party with fun for everyone," Barta tells ChicagoPride.com. "Hopefully people that get close to the stage won't mind getting a little... wet." Barta performs live on the Addison Stage, Sunday at 4:10 p.m. Afterwards he will make an appearance at the Grab Magazine booth located at Halsted and Brompton.

Another big draw of Market Days are the 400 food and unique arts & craft vendors. From the tried and true to the zany and unique, the artisans, as well as food offerings, promise something for every taste.

The event is situated along Halsted Street between Belmont Avenue and Addison Street. With a home Cubs game at nearby Wrigley Field today, mass transit is recommended.