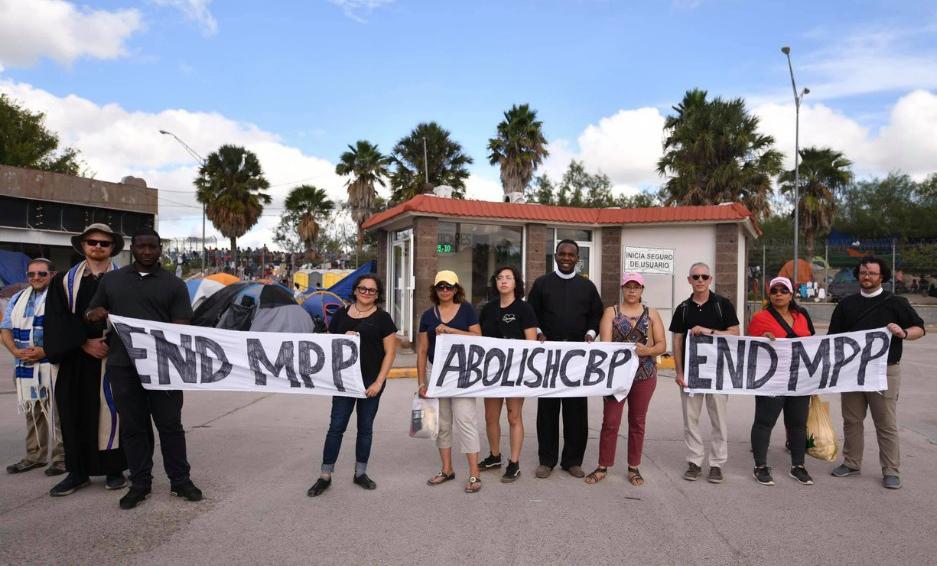 Equality Illinois, the largest LGBTQ political lobby in the state, is taking a stand against a Biden Administration decision to continue the Trump-era immigration policy called Remain in Mexico. Human rights advocate and Equality Illinois deputy director Mony Ruiz-Velasco is rallying for community support saying, "Immigration is an LGBTQ issue."

There is an estimated 1.3 million LGBTQ immigrants in the U.S. and more than 22 percent are undocumented.

There are approximately 128,500 same-sex binational couples that include at least one foreign-born partner or spouse.

The U.S. is one of the main destinations for LGBTQ asylum seekers who come "seeking safety and fleeing persecution or death based on their sexual or gender identity," Ruiz-Velasco said.

The truth of Remain in Mexico policy for LGBTQ migrants

The new deputy director also explained that immigration officials detain hundred of thousands of people each year in more than 200 detention centers around the country.

"Treatment at detention centers is particularly harsh for LGBTQ people," Ruiz-Velasco said. "Transgender and HIV-positive people are often denied health care. Many transgender people are also placed in solitary confinement or detained in facilities that do not match their gender identities."

Most horrifying, Ruiz-Velasco said that "one in four cases of sexual assault in immigration detention involved a transgender person."

The horrors continue further down the asylum process.

"LGBTQ immigrants seeking protection from persecution based on their sexual or gender identity face discriminatory practices in the immigration court system that leads to denials, longer detention, and deportation to places where they are likely to face harm, torture, and death," she said.

To add insult to injury, according to Equality Illinois, President Joe Biden's decision to continue the Remain in Mexico policy is "inhumane" and "dangerous."

"These policies instituted by the Trump Administration and now upheld by the Biden Administration perpectuate the harm that those seeking protection already face, and in particular, it places LGBTQ asylum seekers in even more dangerous situations and at risk of further persecution and even death."

Ruiz-Velasco praised Illinois' place as having one of the strongest protections for undocumented migrants living and working in the state.

"The state has enacted limitations on collaboration between law enforcement and immigration officials, protection for immigrant crime victims, and has provided access to financial aid to undocumented and transgender students," she said.

"In addition, this year Gov. J.B. Priztker signed into law the Illinois Way Forward Act which bands immigration detention in the state."

"Congress has a unique opportunity to ensure that many of 1.3 million LGBTQ immigrants living in the U.S., including those who are undocumented, will be able to continue living in the U.S. with their families. That includes nearly 40,000 LGBTQ young people who participated in the Deferred Action for Childhood Arrivals [DACA] program, also known as 'Dreamers,' will not be forced to return to a country where they have not lived and where many of them will face persecution," Ruiz-Velasco charged.

The deputy director notes her own queerness and worldview as the daughter of Mexican immigrants and as an immigration attorney in adult life.

"Because immigrant justice is LGBTQ justice, we stand in solidarity and raise our voices calling on federal elected officials to do what it takes to protect immigrant communities and call on the Biden Administration to dismantle racist policies that deny access to asy;um and protection for those most vulnerable, in particular our LGBTQ community members who face persecution and harm if forced to return to their countries of origin."