Rosabel celebrates: Ralphi Rosario to be inducted into Chicago LGBT Hall of Fame 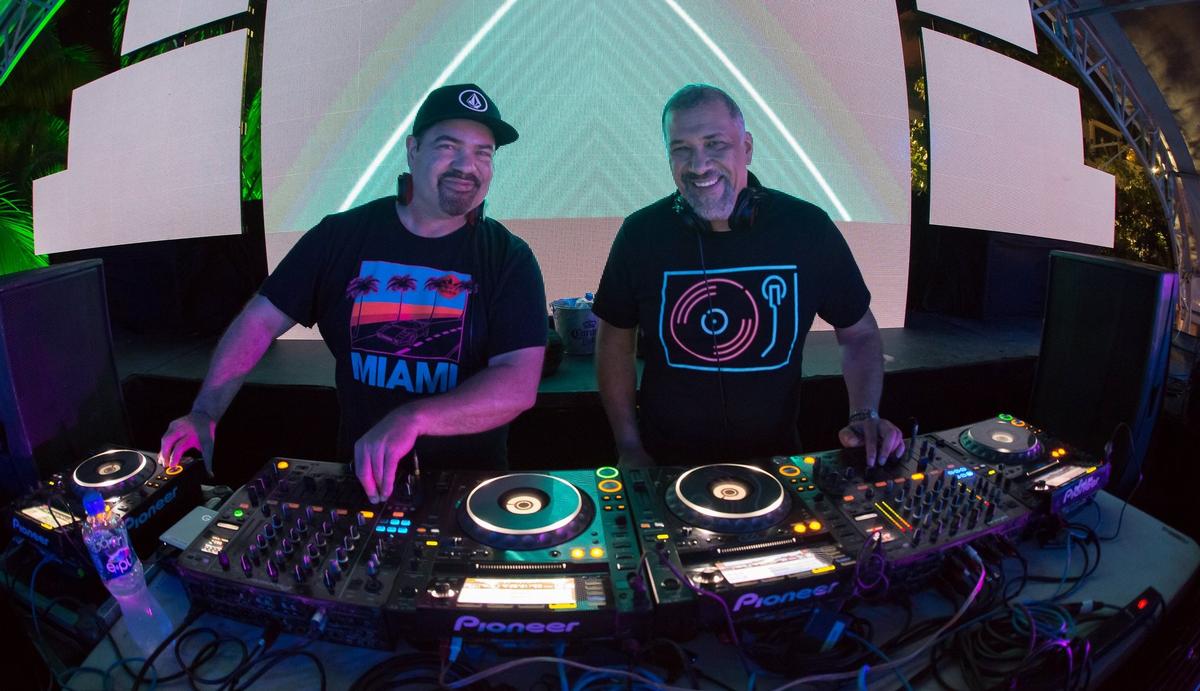 The dynamic duo that is Ralphi Rosario and Abel Aguilera, aka, Rosabel, will be spinning in Chicago on Friday night, Oct. 8, marking the first time since 2019 that they are playing in the city.

They will be at Le Nocturne Chicago (4810 N. Broadway) for a special celebration honoring Rosario's induction into the Chicago LGBT Hall of Fame, which is celebrating its 30th anniversary this year.

DJ, producer and Grammy-nominee, Rosario was a part of the Hot Mix 5 on WBMX, one of the leading forces in the early Chicago house music scene. Eventually, Ralphi expanded into music production and remixing. In 2012, he was nominated for a Grammy Award for the Rosabel Club Mix of the Rihanna track 'Only Girl (In the World).'

“I was taken back, surprised; I didn't expect,” the Hall of Fame announcement. “It's an amazing honor to be recognized this way in my own home, Chicago.

“After so many years working all over Halsted Street as a DJ/entertainer in Boystown, it's a true, amazing heartfelt honor. To be inducted into this historic Hall of Fame among all the wonderful folks who also have had their work/legacy recognized, it truly is a milestone for me and I'm forever grateful.”

Rosario said performing Oct. 8 with Aguilera was a must. They are best friends and DJ partners – they were, after all, nominated for a Grammy Award in 2011 for working on a remix for Rihanna. “It was only fitting that we play together,” for Rosario's Hall of Fame induction, Rosario said.

The Chicago LGBT Hall of Fame, celebrating its 30th year, will hold a scaled-back version of its annual induction ceremony for 2021 inductees on Wednesday, October 6, from 5:30-8 p.m. at Sidetrack (3349 N. Halsted). The ceremony is sponsored by Sidetrack, J&L Catering, Rick Aguilar Photography, and Dalila Fridi and Elizabeth McNight. Chicago Mayor Lori Lightfoot will speak and present the awards to the individual inductees. The Chicago LGBT Hall of Fame will also present a virtual version of the awards presentation on October 28. The event is by invitation only, a departure from previous ceremonies which were open to the public.

Rosario's debut at Le Nocturne is organized by Ryan Willing and the crew at Organized Grime: OrganizedGrimeCrew.com.

Rosario has been a musical force locally since the 1980s with countless legendary remixes on his resume. He truly is an icon in the house music genre.

“I've been playing records, DJing, working in clubs (or at) events for over 30 years. It's been an amazing journey,” he said. “I love House Music Chicago and Organized Grime holding this event. It's a collective effort … I wouldn't want it any other way! So many years of working and so many different rooms and crowds I've worked for. It's only fitting that I've pulled a collective effort for this event.

“It's been an interesting journey,” over the past 40 years.

“I'm elated to still be involved in molding my craft. It's also amazing to still be playing for the masses after all these years.”

Rosario started DJing because of disco – and disco still has his heart, he said.

“What a journey it's been.”

A house music journey that he never anticipated would skyrocket like it did.

“Back in the days of being involved with the legendary Hot Mix Five and the WBMX radio show, we were just doing our thing – playing dance music over the airwaves, displaying our various DJ styles,” he said. “It caught fire; not only on the airwaves, but as a 'scene.'

Rosario said house music continues to be “global, thriving, interesting and a staple” in 2021.

Rosario said more he will be delivering more original music over the next few months and a new, full-length LP is slated for release in 2022.

Plus, he said: “The remastering and rebirth of some Rosabel Classics that were summer anthems. They'll be remastered and reimagined. My work as the Shamanic with my coproducer Craig J. Snider also will yield some incredible music and releases in 2022.”

Two Singles or Remixes That Stand Out: “I'm most proud of my remix for the Pussycat Dolls 'Don'tcha' and my remix of Rihanna's 'Only Girl in the world' as Rosabel.”

Favorite Original Song: “I'd have to say 'Take me up' with Donna Blakely.”

Second Favorite: 'You used to hold me' with Xaveria Gold.

Thoughts of Today's DJs: “(Some) shouldn't quit their day-job; some fantasies of becoming

a superstar DJ are a complete facade and are short-lived. It's become a 'Just add water and stir' mentality. They need to stop copying a style or genre; become an original, not a copy.”