The sounds of Israel and beyond from DJ Shane Marcus 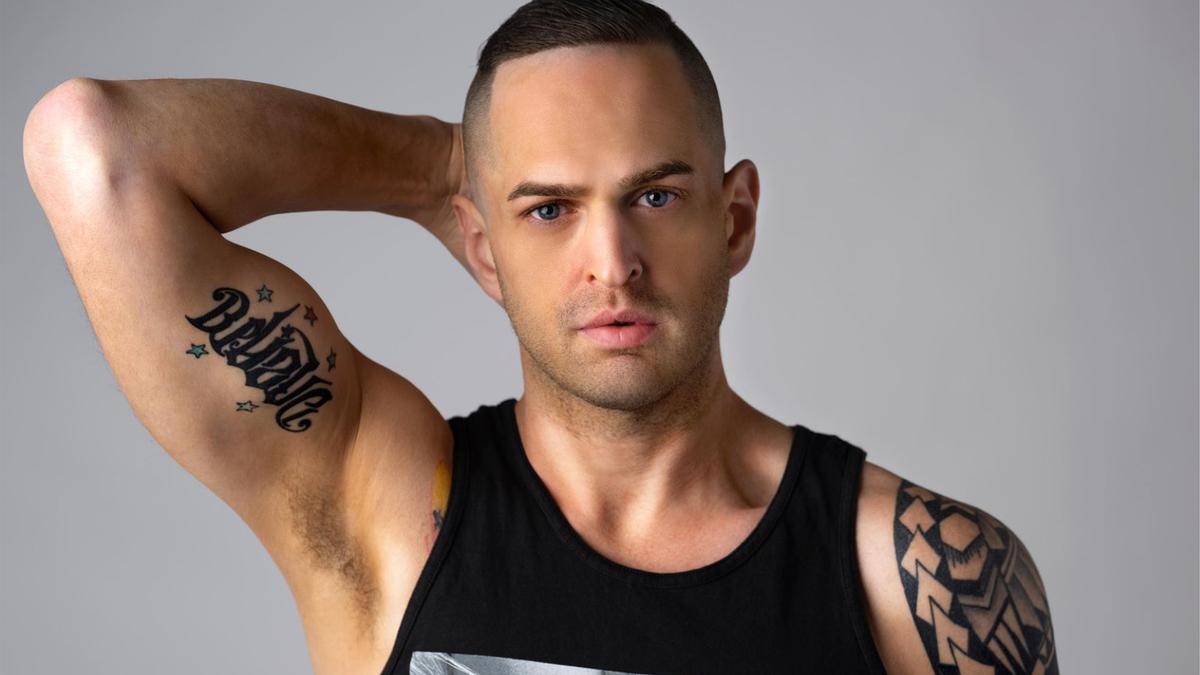 Now living in New York, Marcus brings his beats to Chicago Sept. 26 for Tea Time from I Am Living Productions, Inc.

Shane Marcus has long had a passion for music, growing up playing the piano and, while in high school, was in every school musical. Then, at age 18, he took a trip to Israel and ended up in some underground club where none other than Offer Nissim was performing.

He was hooked – Nissim's blend of vocal melodies, mixed with high-energy drums, combined with the flair that was Tel Aviv.  “I never felt more connected to something in my life, but didn't at the time know what that was,” he said.

Flash-forward about 10 years. Marcus was in his late-20s, had come out, was single and ready to experience something new – a circuit party, which he went to with a friend, though he had no idea what he was going to experience.

“We walked in and that familiar sound of drums, mixed with vocals echoed in my ear,” Marcus said. “This time, it was the sound of Abel Aguilera. I stood there in amazement of the crowd, how much energy there was in the room, how this one person had the ability to make it all happen. I was instantly hooked. I ran home, bought my first soundboard, watched videos, asked complete strangers for help, anything I needed to learn. Then, I sat down and gave myself a history lesson of house music. I started throwing small parties in my studio apartment and practicing around friends, pretty much every single weekend.”

Marcus' first gig as a DJ was at a party called Big Banana in New York City, hosted at a club called Rebar, and it was the Thursday night party to be at. “I swear, I must have practiced for what seemed like days on end for that one set that lasted an hour,” he said. “It was an incredible moment because, as nervous as I was, I felt like I belonged in some way. All I know is that whatever I just did, I wanted to do again, immediately.”

Marcus, now 35 and living in New York City, is the resident DJ for MEAT NYC on Saturdays, plus a resident at a few parties across the U.S. as well.

DJ Shane Marcus will be spinning in Chicago on Sunday, September 26, for Tea Time from I Am Living Productions, starting at 5 p.m. at D.S. Tequila Co. (3352 N. Halsted), marking his third year in a row for an I Am Living event.

“The crowd, the vibe and the energy of this event is always through the roof. I always get so excited when I am asked to come back because it's just so much fun,” Marcus said. “I plan on bringing some upbeat vocals of tracks that everyone knows and loves to dance the day away, then transition into a little more fun, nighttime melodic tribal music to send everyone home with a smile on their face.”

Marcus said his DJ style is motivated by his nationality, being from Israel.

“I love bringing something different to the table with sounds that many haven't heard before. Growing up being in musicals, going to Broadway, etc., I'm a sucker for a heartwarming melody. Throw in some powerful drums, and there's my style.”

He's also motivated by the partygoers.

“Having the ability to play music for anyone is such an incredibly humbling experience,” he said. “Standing in the DJ booth, seeing someone smiling on the dance floor, or having a moment with someone, or watching them close their eyes to forget their troubles … it's one of the most powerful and beautiful things to watch.  I am so thankful that I have the ability to do that for some.”

Favorite DJs: “So many to name, (but) I do have to give shout outs to my personal favorites: Suri, Yinon Yahel, Sagi Kariv and Mor Avrahami.”

Three DJs That Everyone Should Keep Their Eyes On: Orel Sabag, Danny Kim and Conner Curnick

A Good DJ … “Is one who caters to the crowd they are playing for musically and putting their own personal touch on things. I think it's important to know the history of the music you play, the icons who set the stage for where you are playing, and then develop your own style that speaks for itself.  A good DJ constantly challenges themselves and consistently pushes boundaries. If you aren't nervous each time, you haven't prepared enough.”

All-Time Favorite DJ Gig: “Hands down, spinning this past (Northalsted) Market Days for CircuitMOM Productions alongside one of my all-time favorite DJ's Suri. It was truly a mind-blowing experience and one of the biggest venues I've ever spun in my career. What's wild was … as nervous as I was, I somehow felt that it was exactly where I wanted to be, and almost belonged.  I've never seen such an incredible audience and felt such loving energy from a dance floor in my entire life. It was truly an out of this world experience.”

Drinking In The DJ Booth: Water to stay hydrated, Red Bull to stay awake, and a bottle of Vodka to help calm the nerves.

Little-known Fact: “I worked on a cruise ship for four years.”

If I wasn't a DJ … “I'd still be working on a cruise ship, or still be a circuit queen.”

Boxers or Briefs: “What are those? Club Commando all the way.”