Originally scheduled for Oct. 3, the 2021 Chicago Pride Parade officially out for 2021 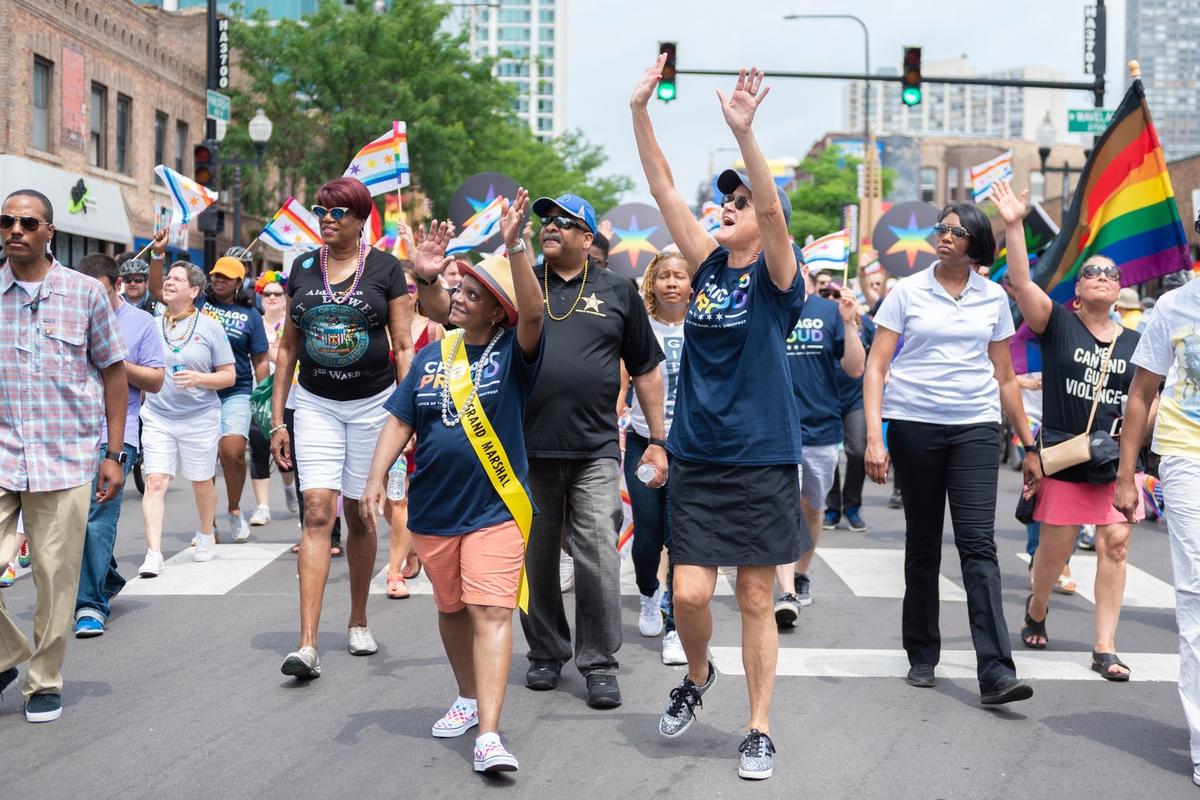 One of the nation's oldest and largest LGBTQ celebrations, the Chicago Pride Parade has officially been cancelled for 2021, organizers confirmed with GoPride.com.

"We're going to believe that in June, 2022 we are living in a far safer world than now. We intend to have the best, most joyous, fabulous, memorable Pride Parade ever," said organizer Tim Frye.

The parade was cut short due to inclement weather in 2019 and cancelled in 2020—marking a first in its 50-year history.

Usually the capstone of Pride month in Chicago, the parade traditionally takes place on the last Sunday of June. The 2021 parade was initially rescheduled to October 3, 2021 due the coronavirus pandemic.

The second largest parade in Chicago, Pride attracts more than one million people to the Lakeview and Uptown neighborhoods—especially the LGBTQ enclave popularly known as 'Boystown.'

Pride's sheer size—with around 160 entries—and logistics for such an event became a concern for not only parade organizers, but also the City of Chicago and its first responders.

And now with the rising cases of the Delta variant, organizers are unsure the large public event can be pulled off safely.

"Everyone knows the reasons we were wrong in our estimate as to how safe things would be in the fall. Leave it at that," said Frye.

Shortly after the announcement, Chicago Pride Fest organizers confirmed to GoPride.com that the 20th annual festival is still happening on October 1 and 2 — as reported previously. The two-day outdoor festival was rescheduled to coincide with the parade in 2021.

The following statement was sent from Pride Chicago on the cancellation of this year's Chicago Pride Parade:

We did not want to be sending this letter. Earlier this year, we decided that the parade might have to be moved to a later date. We picked October 3 for several reasons:

1. Our primary reason was, with the advent of three effective vaccines, we felt that the late date would allow for most people to be vaccinated and, thus, make it much safer to have a parade. Sadly, we were very naive in that belief or, a more accurate word — "hope". Everyone knows the reasons we were wrong in our estimate as to how safe things would be in the fall. Leave it at that.

2. We also thought that having the parade on Oct. 3 would be a great introduction to LGBTQI+ History Month. The parade has been a part of that history for 50+ years. We decided that, rather than have an outside Grand Marshal, we would have three organizations as our special guests: (1) The Chicago LGBT Hall of Fame; (2) The Gerber Hart Library and Archives; (3) The Illinois Holocaust Museum & Education Center. More about these three organizations later in this letter.

3. We also wanted to recognize an organization that has been an entry in the Pride Parade every year since 1985 — The Chicago Gender Society. We also wanted to honor someone who was not able to attend the parade in 2019 but richly deserves the title Legacy Grand Marshal — Gary Chichester. Last, but certainly not least, we wanted to honor the memory of Richard Pfeiffer. The parade would not be what it has become without his brilliant leadership for over 40 years. We will recognize and honor these three next year.

To use the words of a song from the '60s: "You Can't Always Get What You Want"; we really wanted and hoped that there could be a parade in 2021. We don't feel, though, that we can do it safely for everyone in the parade and the people watching. We must cancel the parade for the second year.

On a personal note: I've said many times that one of my motivations for being a part of PRIDEChicago was as a way of "paying it forward." I came out after watching a Pride Parade. So did my husband Richard Pfeiffer. So did many of you. I always imagine that one person (or more) that comes to the parade sees what can be in their life. They can have a happy, productive life and be LGBTQI+. We missed that person(s) in 2020 and now 2021. We won't miss them again in 2022 or after.